On sunday we drove from Greece to Austria. All the way we saw groups of refugees on their way to the Hungarian border. Some of them walking on the hard shoulder of the roads, some of them sleeping on petrol stations and parking lots. Hundrets of them, including small children. At the Hungarian border I was confronted with something I didn't expect to happen in the 21st century, in Europe, at the border of the EU (which got the Peace Nobel Prize in 2012): Pure inhumanness. Hungary of all places (with its own history of 1956, with its own experience of living behind an iron curtain) had errected a fence to keep this people out. A fence, two meters high and with shorp barbed wire. To keep people out who have lost everything, who just want to reach some safe haven, which don't want to stay in Hungary anyway. A fence of shame...

Yesterday evening in Vienna. More than 25.000 people participated in a demonstration in support of the refugees. The demonstration was organized by a privat person within a Facebook group. It is a sign: You are not alone... 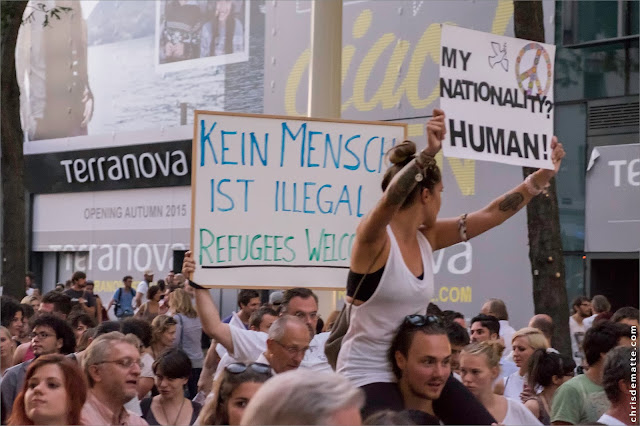 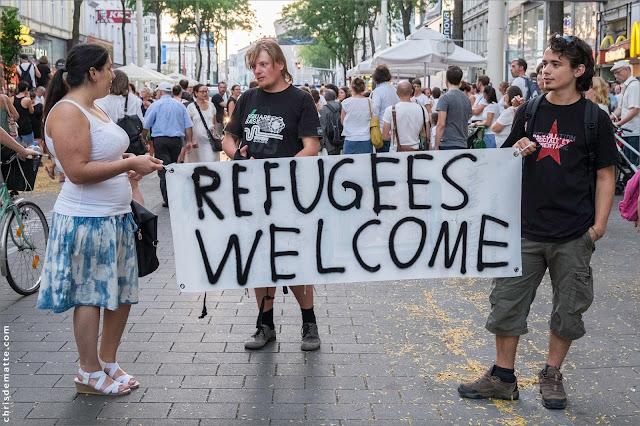 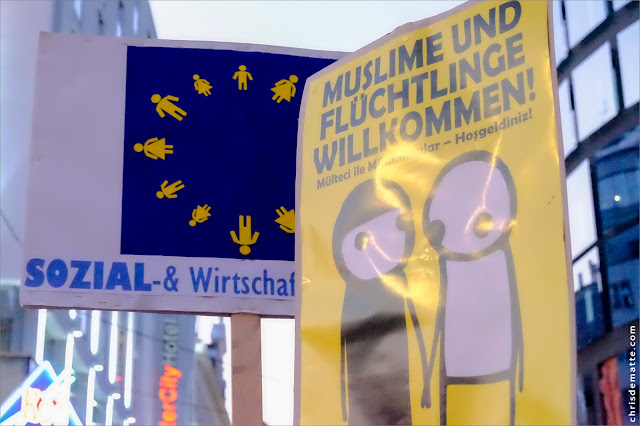 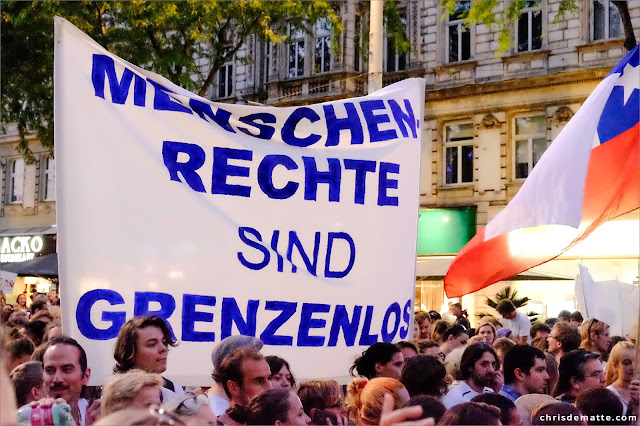