Day 4
After spending the night in Yekaterinburg we drove along the eastern slopes of the Ural Mountains southwards to the plains of the South Ural. After Chelyabinsk the landscape was changing fast… 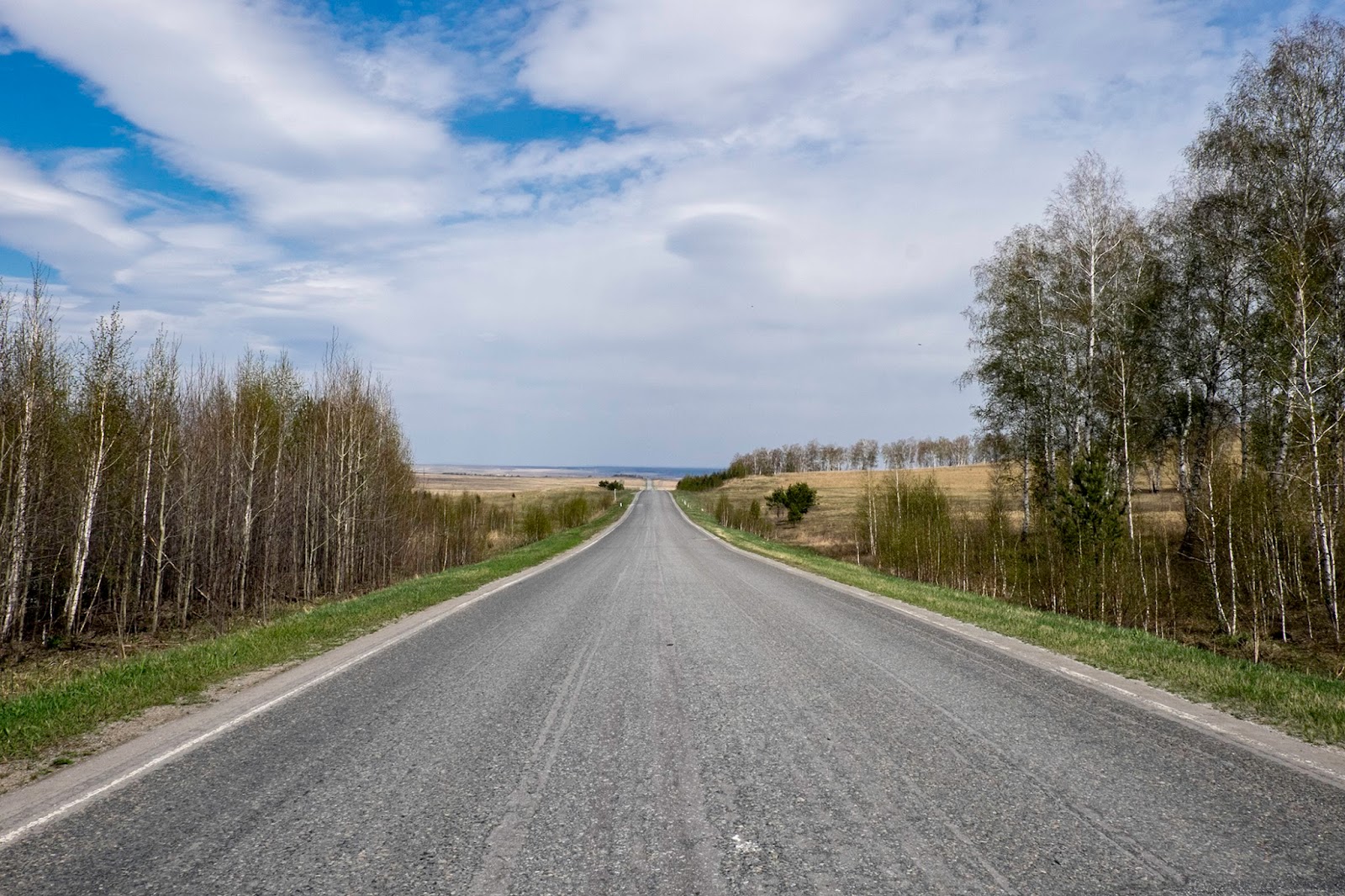 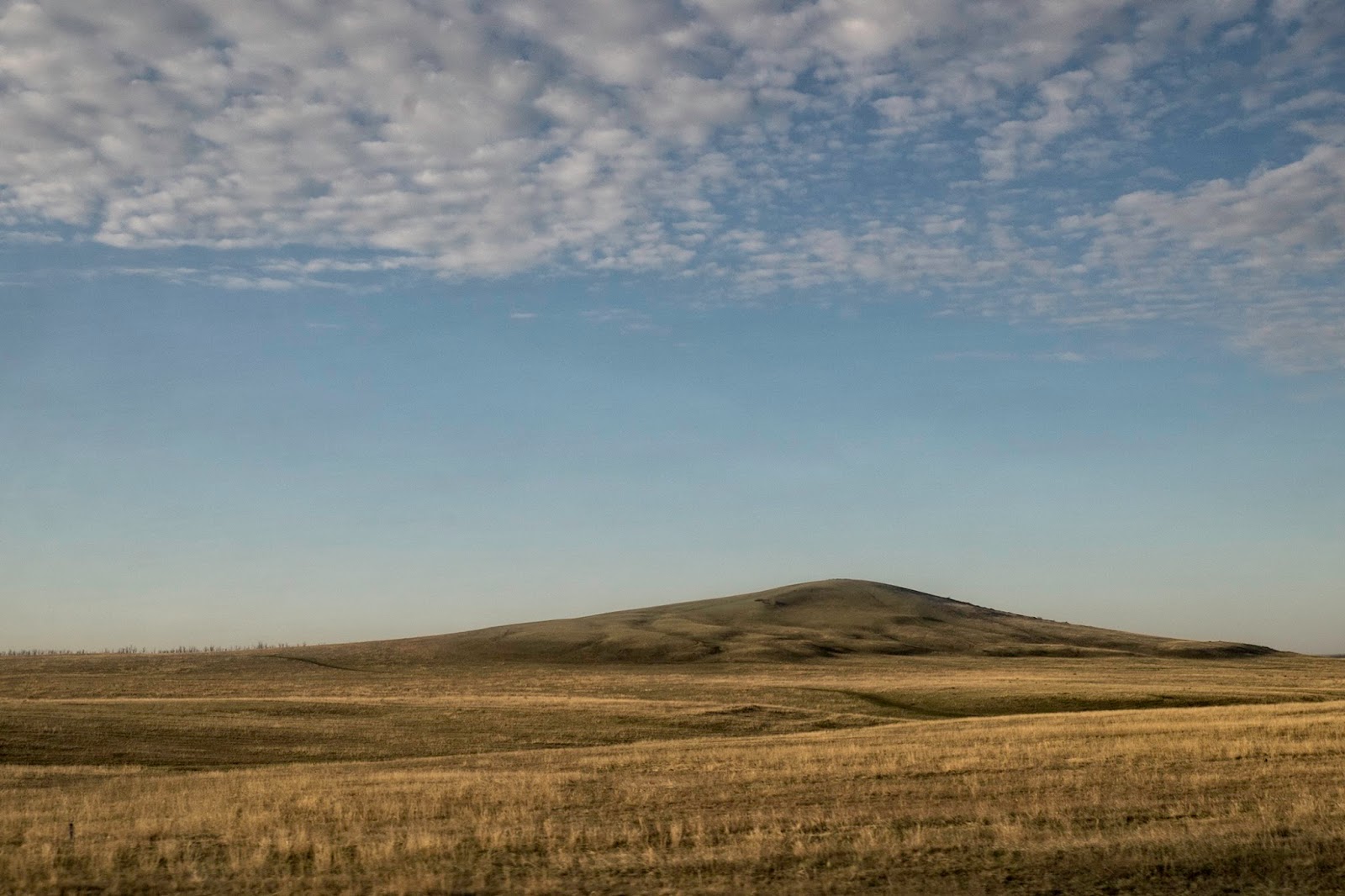 Long straight roads, leading through the steppe, brought us to the industrial city of Magnetogorsk. Located on the extreme southern extent of the Ural Mountains by the Ural River, it was named for the Magnitnaya Mountain that was almost pure iron.

Although the iron ore extraction began already in 1759, the rapid development of Magnitogorsk stood at the forefront of the Five-Year Plans in the 1930s. Members of the Komsomol, the youth division of the Communist Party, constructed the town (which has today about 400.000 inhabitants) and the iron and steel works, which are still today the largest in Russia.
In 1937 the town was declared a closed city (a status that was removed only after 50 years during peristroiska).
The city played an important role during World War II because it supplied much of the steel for the Soviet war machine, earning an "Order of Lenin", the highest decoration bestowed by the Soviet Union. Today, with the depletion  of the substantial local iron-ore reserves, magnetogorsk has to import raw materials.

Day 5
The River Ural, which is dividing Magnetogorsk, is in this part of the country the borderline between Europa and Asia. So when going down to the south we had to swing back and forth the two continents for a few times…

Driving for about two hours through the rural countryside we reached the ancient place of Arkaim. 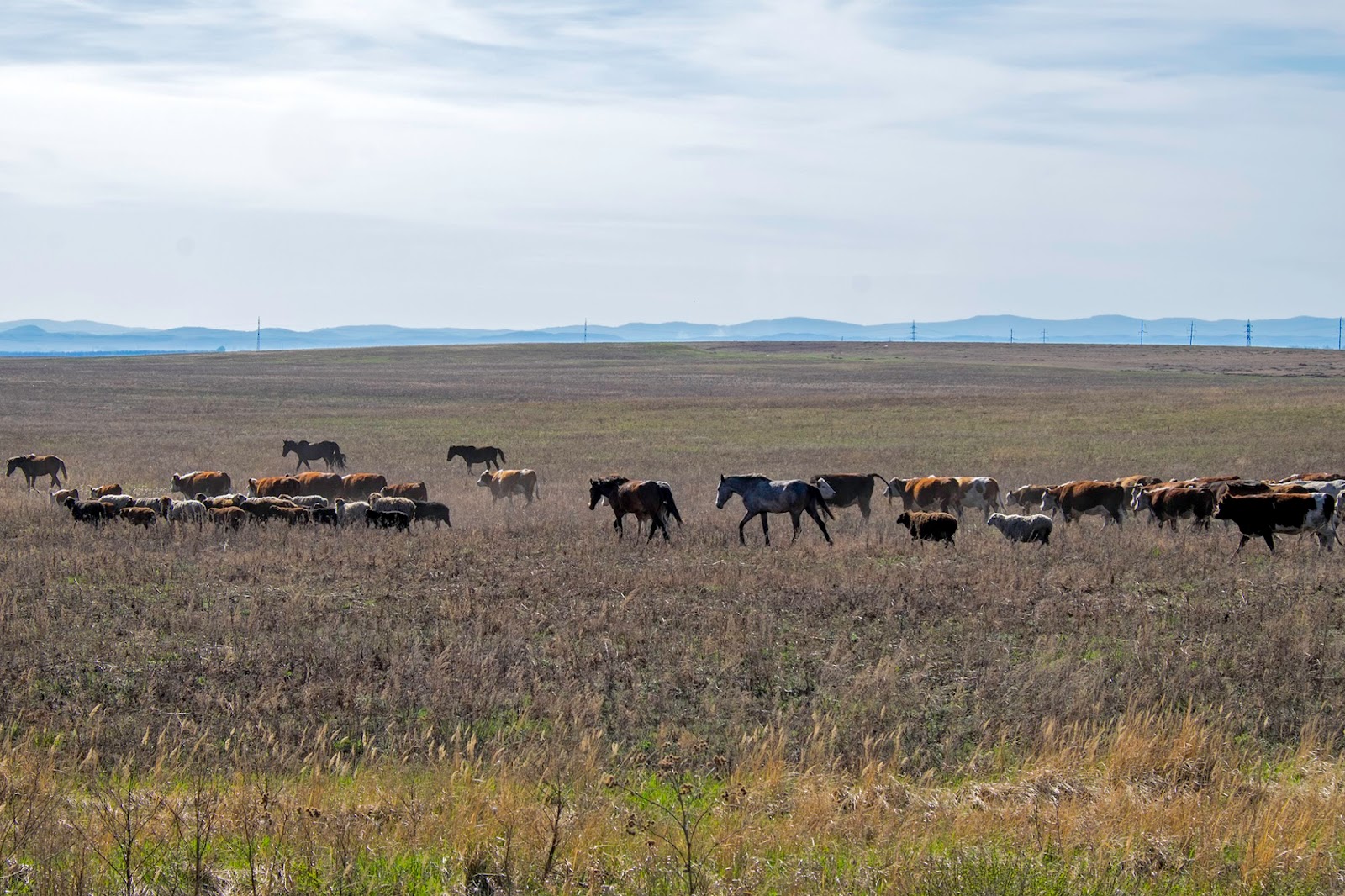 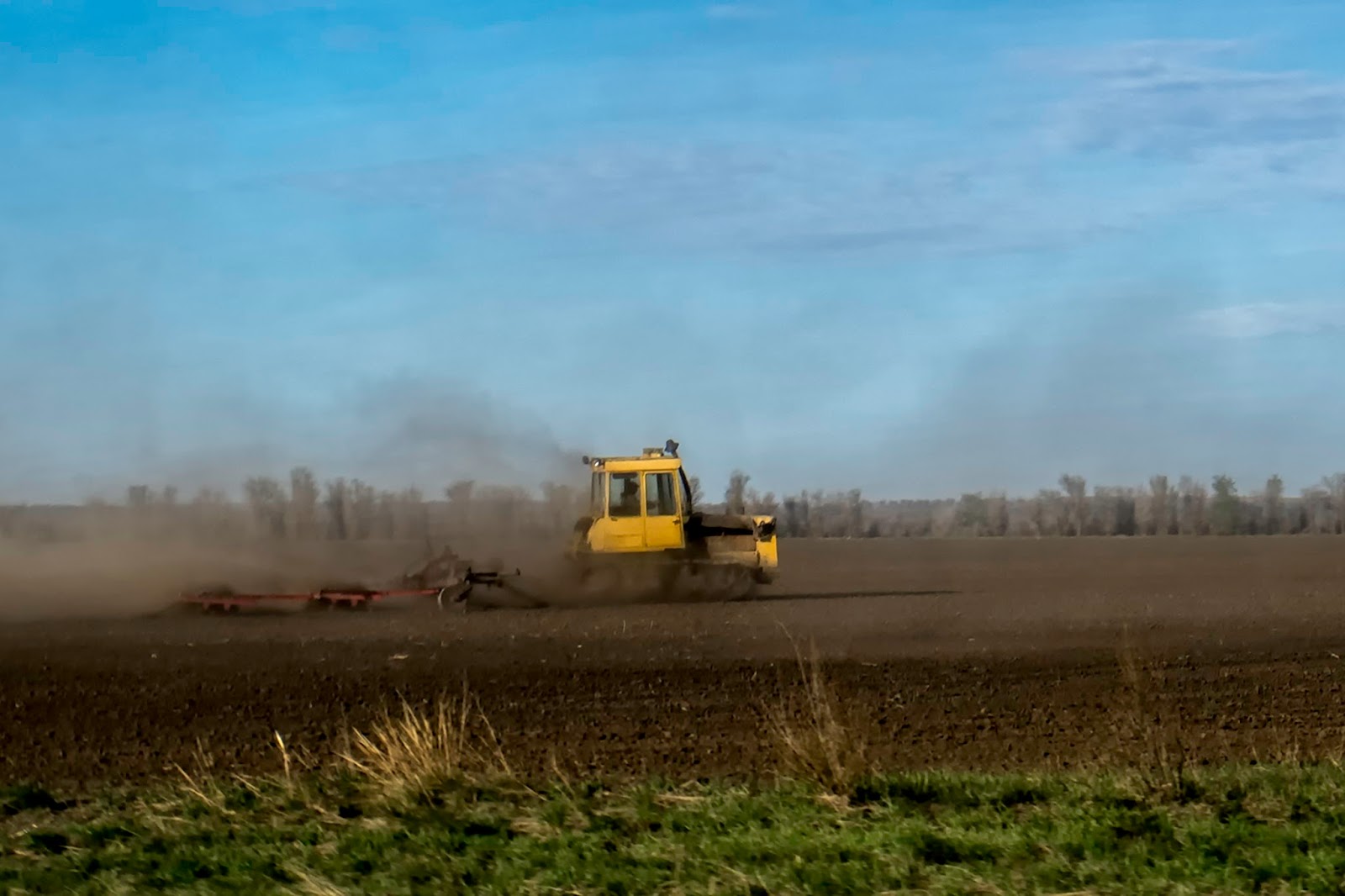 Arkaim is the center of the socalled "Land of the Cities", within the borders there is a compact group of fortified settlements of the Bronze Age. It is called a "proto-city" which had its own alternative way of development which was different in many aspects from other routes of a civilization. The site is generally dated to the 17th century BC. Earlier dates, up to the 20th century BC, have been proposed.


Since its discovery, Arkaim has attracted public and media attention in Russia, from a broad range of the population, including esoteric, New Age and pseudoscientific organizations. It is said to be the most enigmatic archaeological site within the territory of Russia.  The similarity of latitude, date, and size to Stonehenge made it to a popular place especially on June 21 of every year… 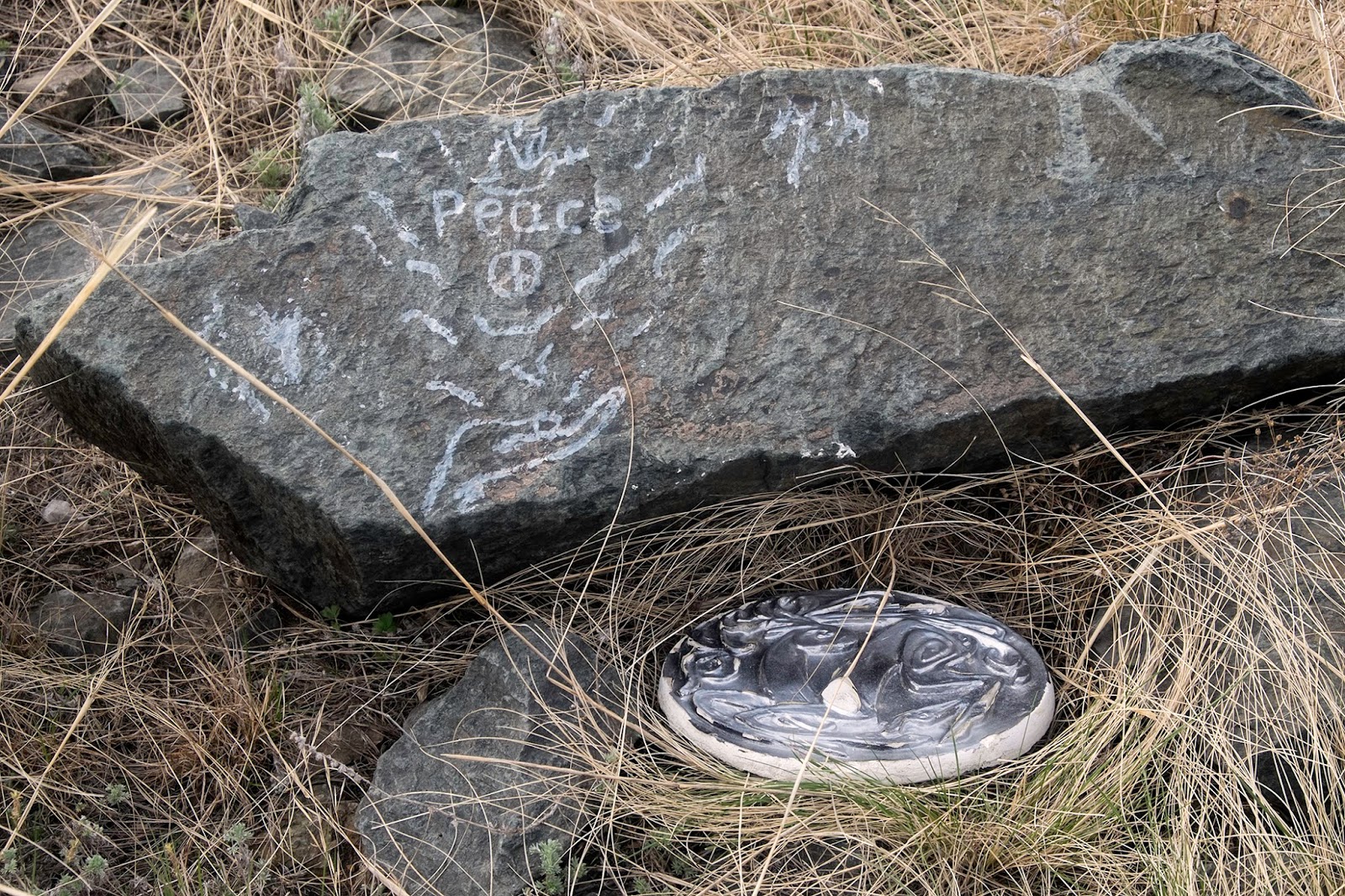 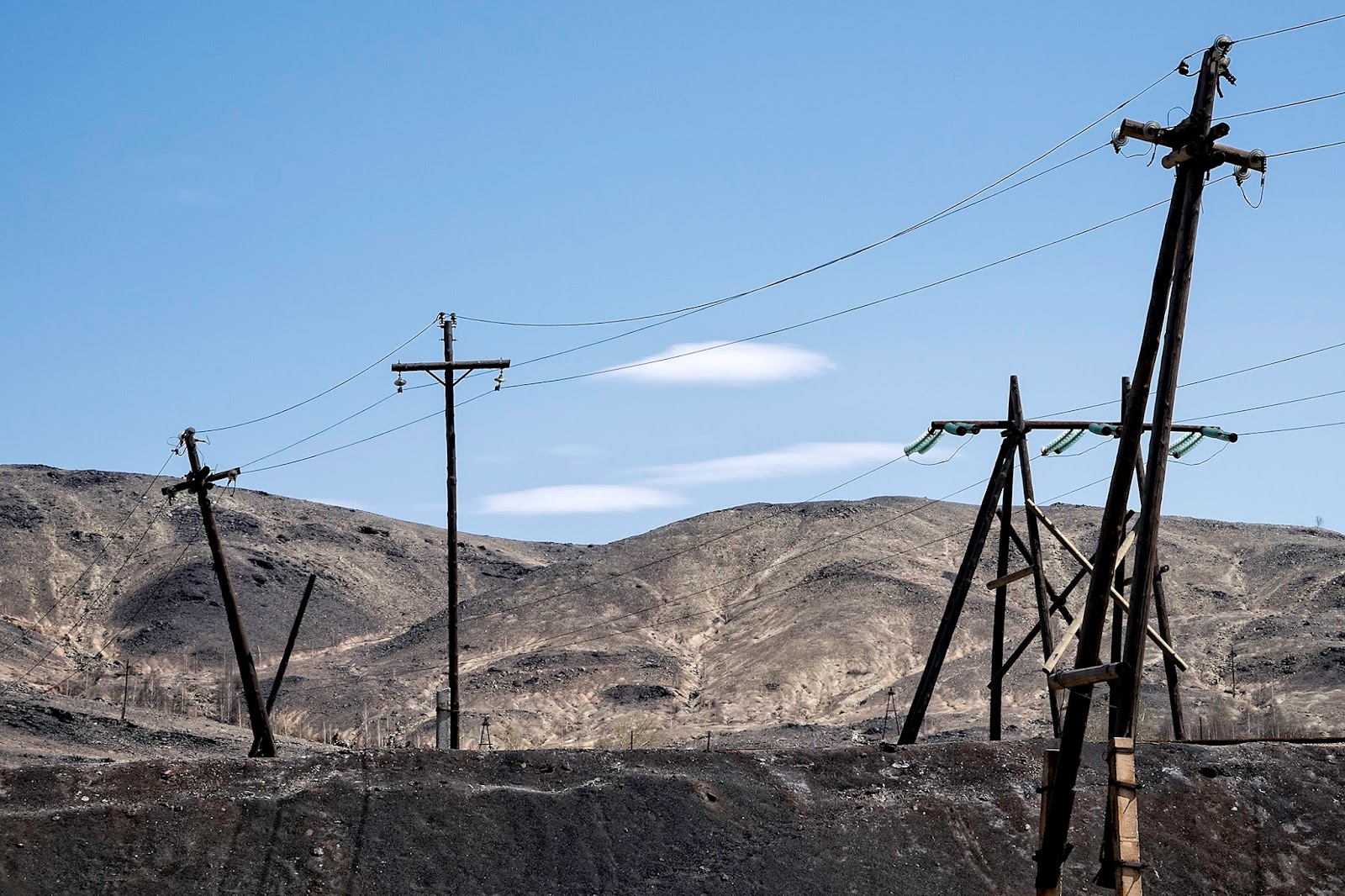 The mining town of Karabasch, situated about 1,800 km east of Moscow in the Ural Mountains, is one of the World's most polluted locations. A copper smelting plant is situated in the town since 1910, which is emiting extremly large amounts of pollution. 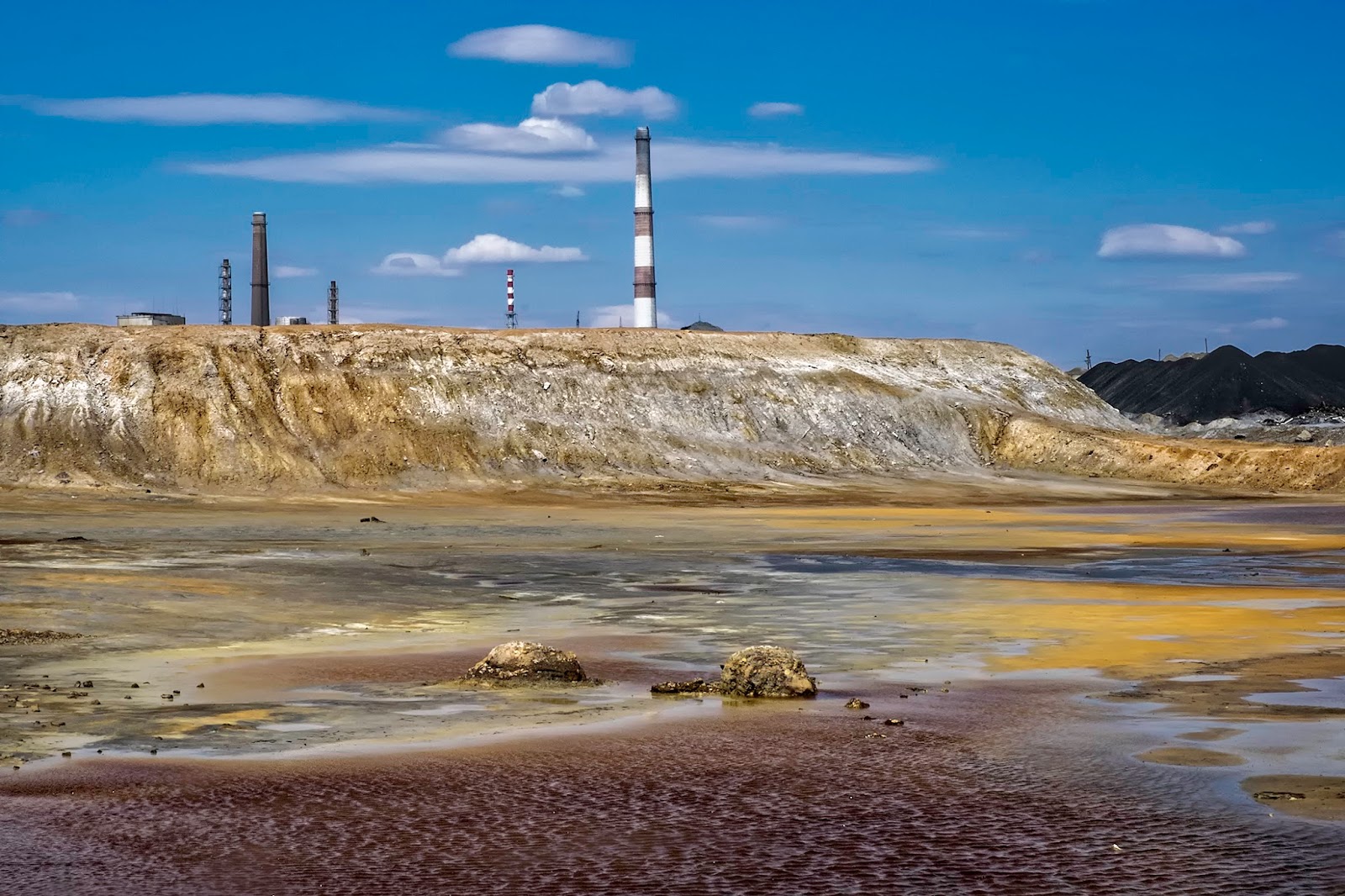 Within 100 years, the factory has the surrounding area extended burned and covered with slag. Per year of operation, it encounters more than 180 tons of gas in the atmosphere, the back falls as acid rain in the local area back to earth. For decades, the soil in and around Karabasch is contaminated by high concentrations of highly toxic metals like lead, arsenic, nickel, cobalt, cadmium, copper and zinc, some of which exceed the maximum permitted limit for the two-to 150-fold. The iron content exceeds the norm by a factor of 500. In 1996 the town was officially recognized by the Russian government as a "ecological disaster zone", the UNESCO lists Karabasch as on of the most polluted locations on earth. 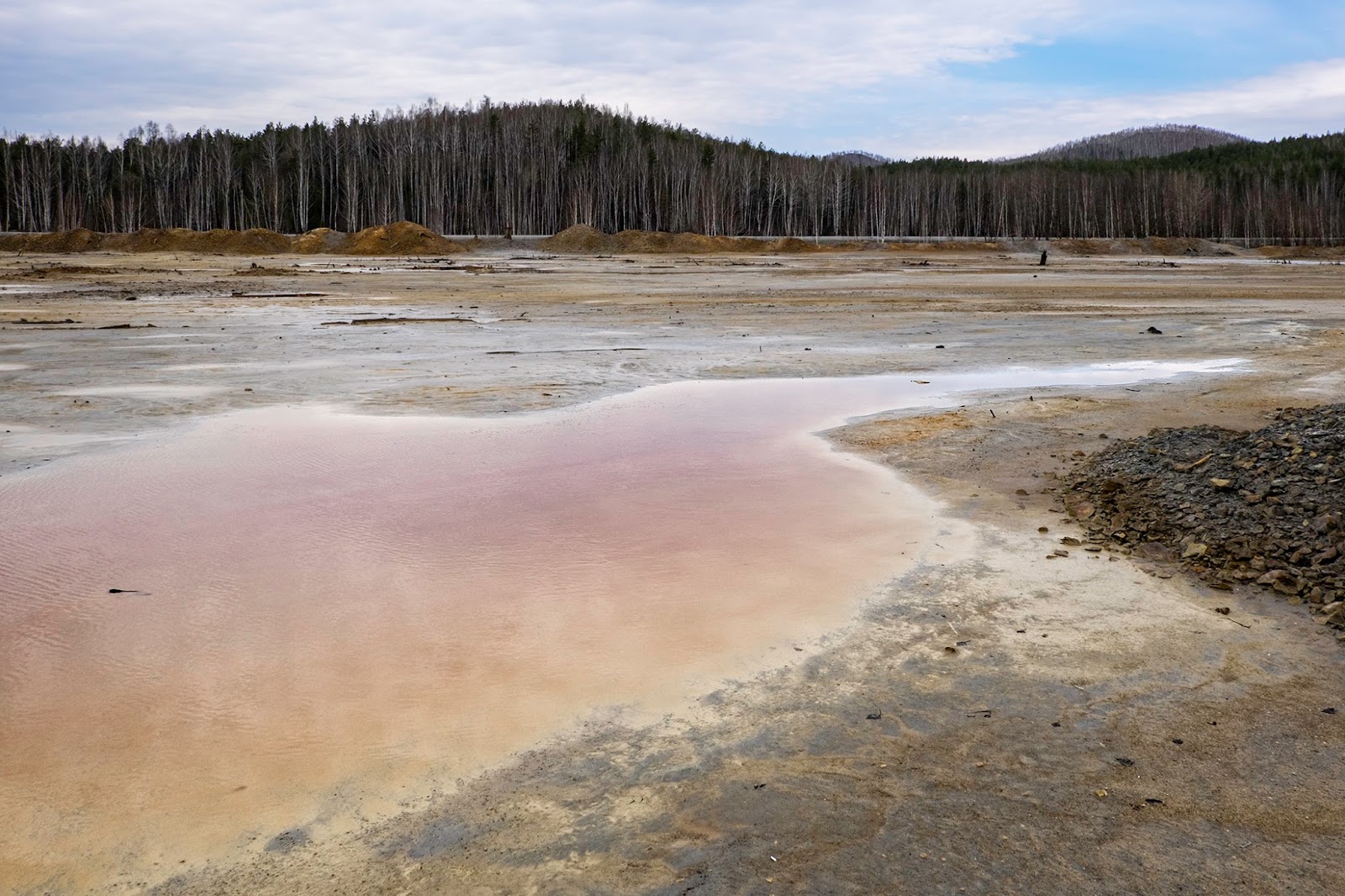 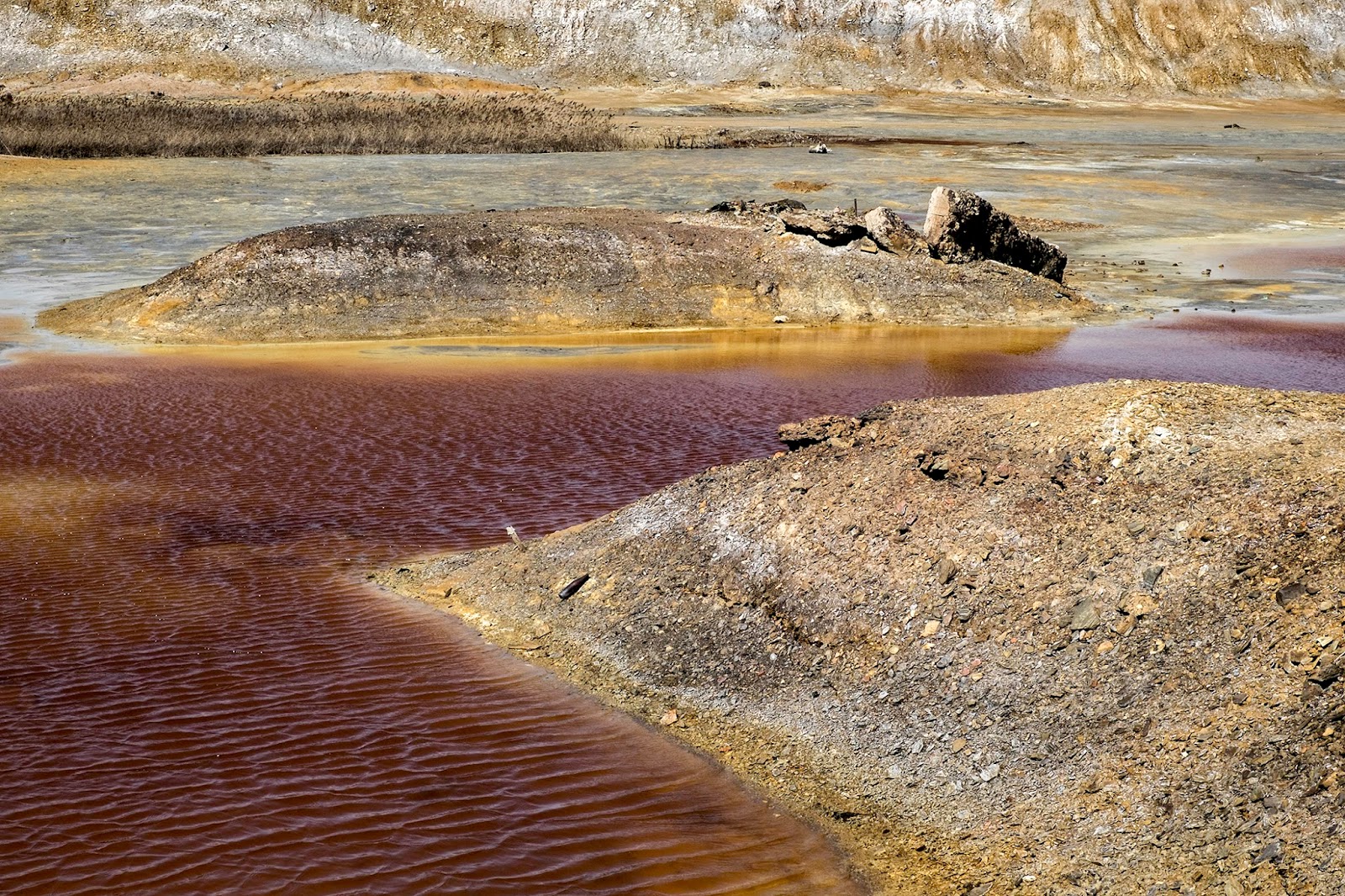 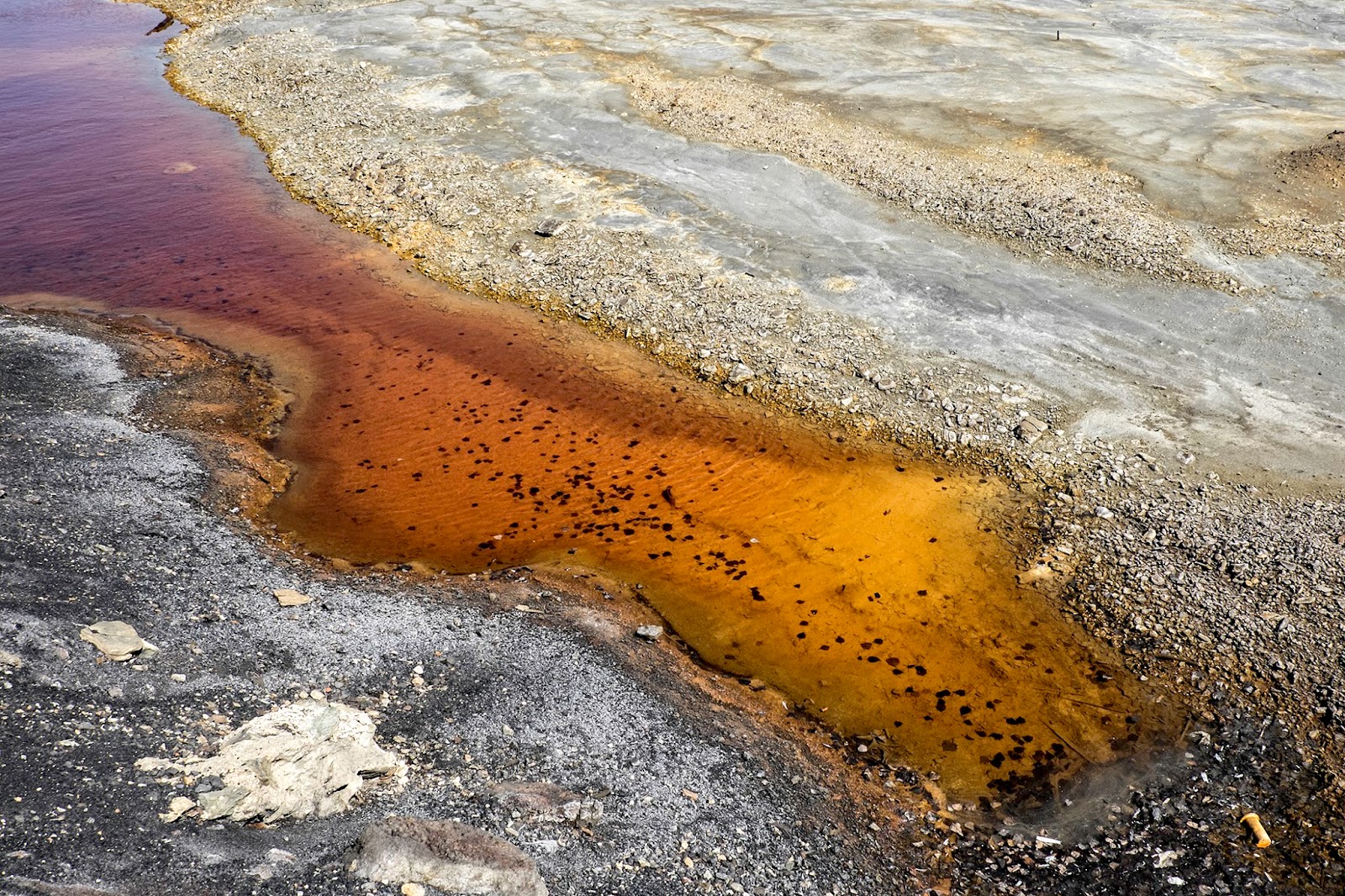 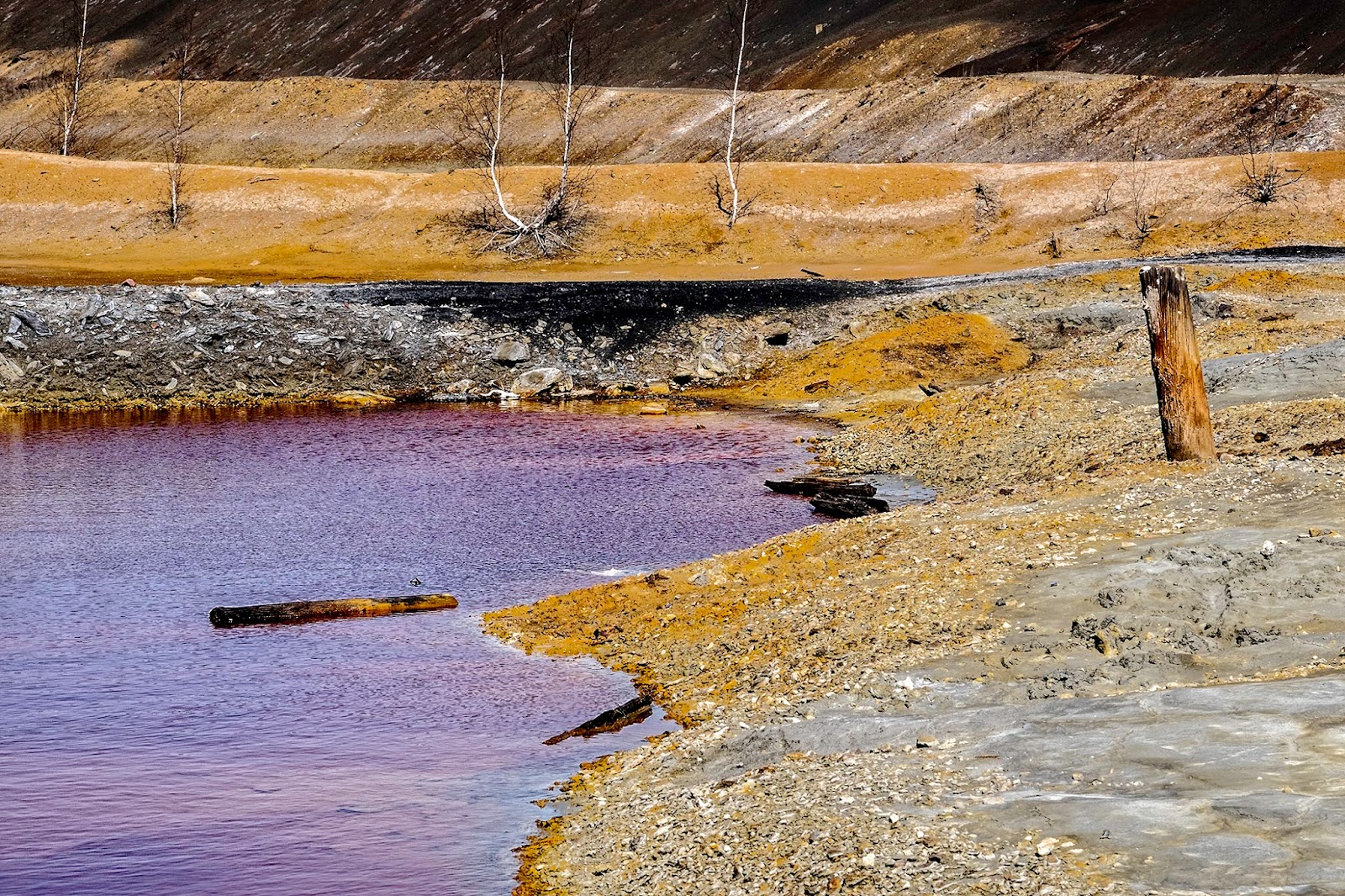 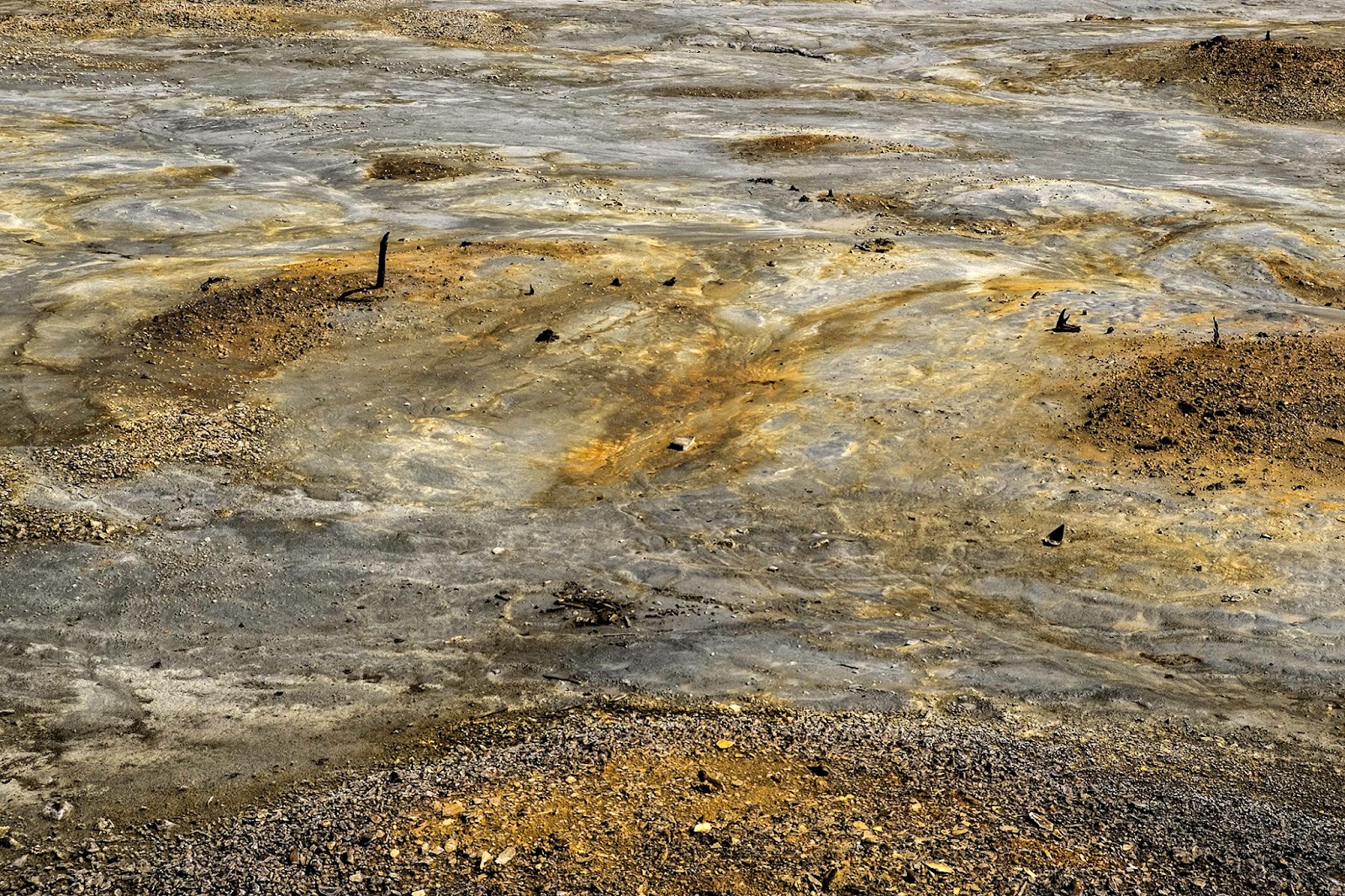 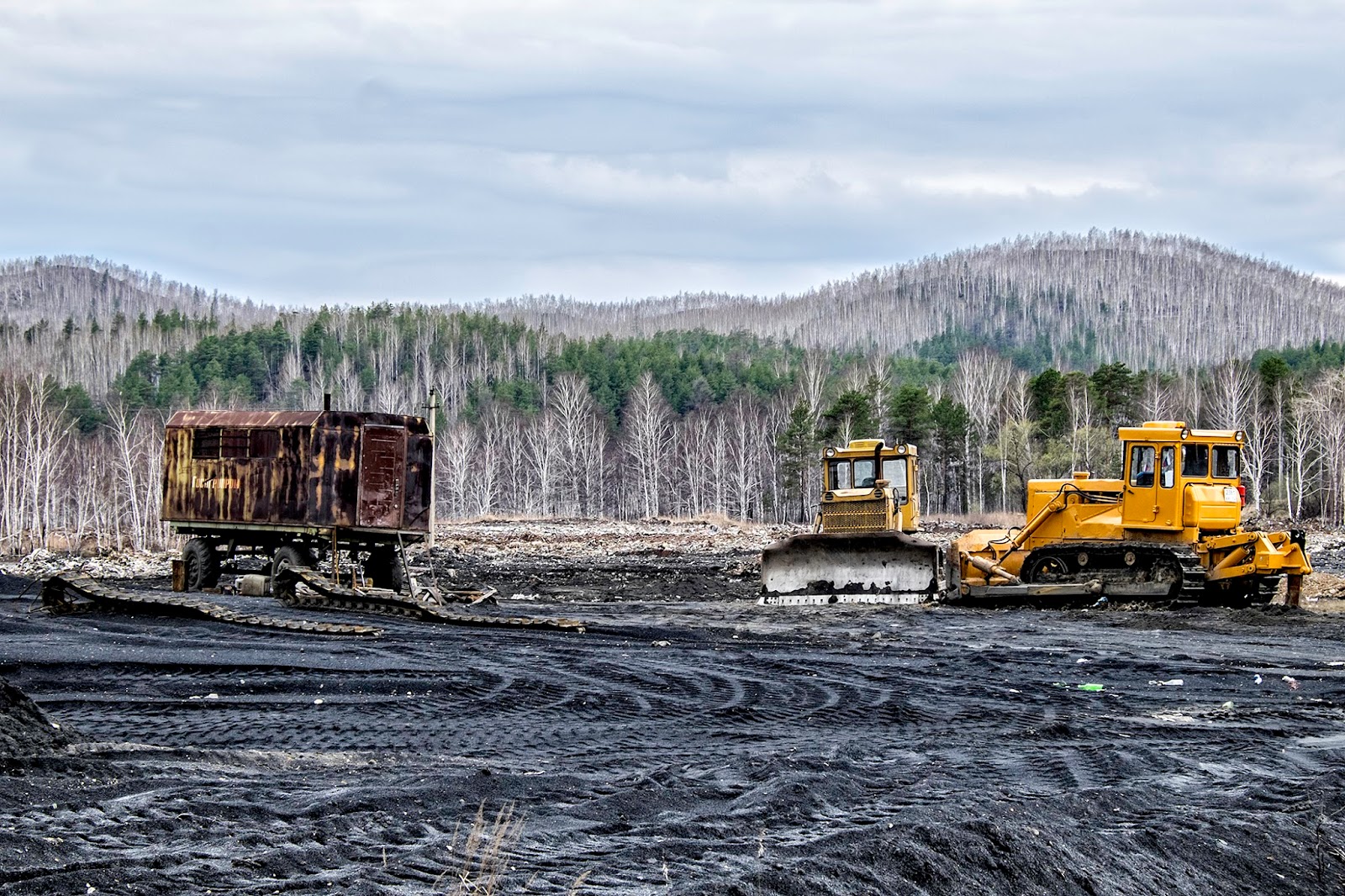 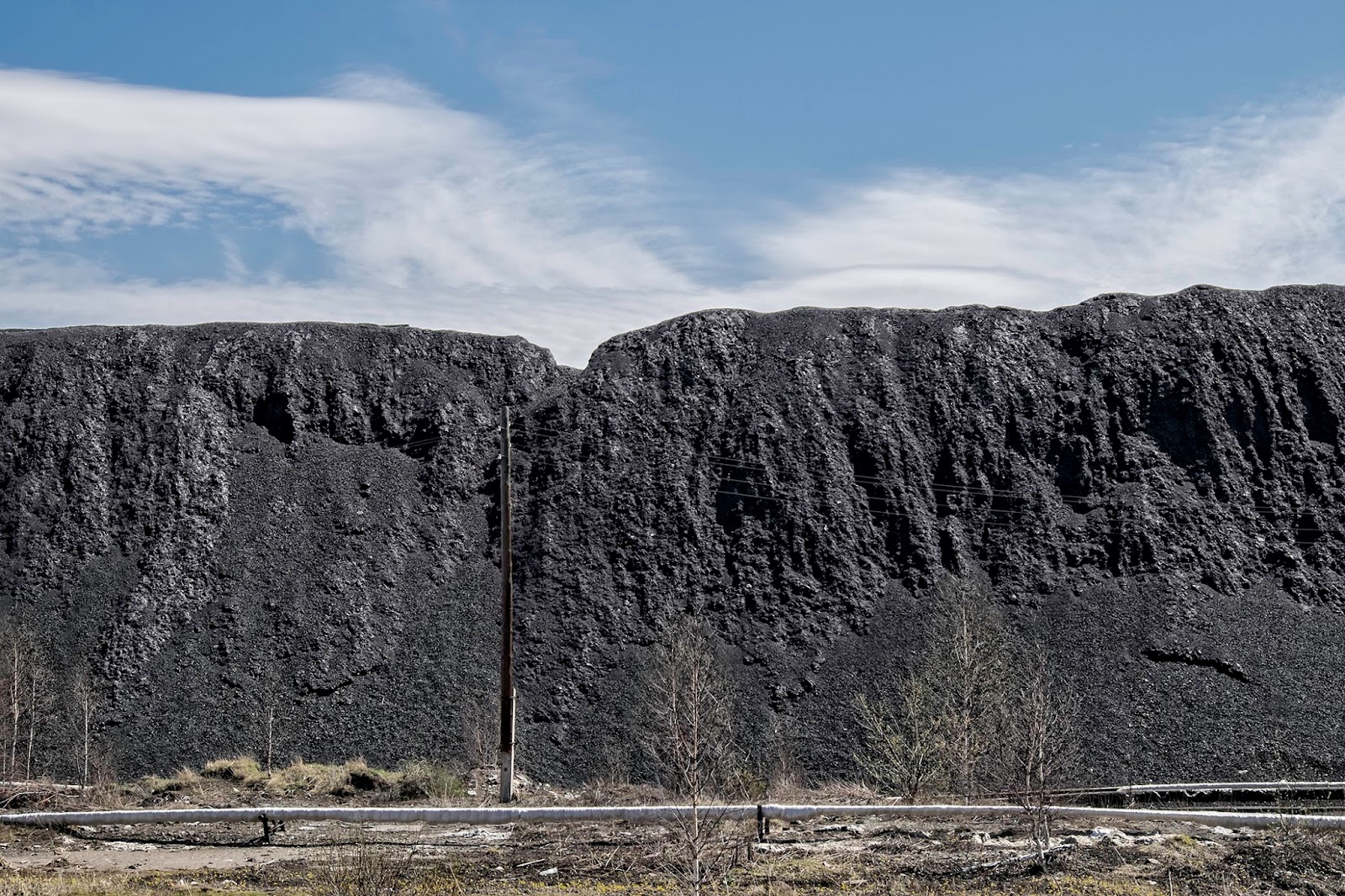 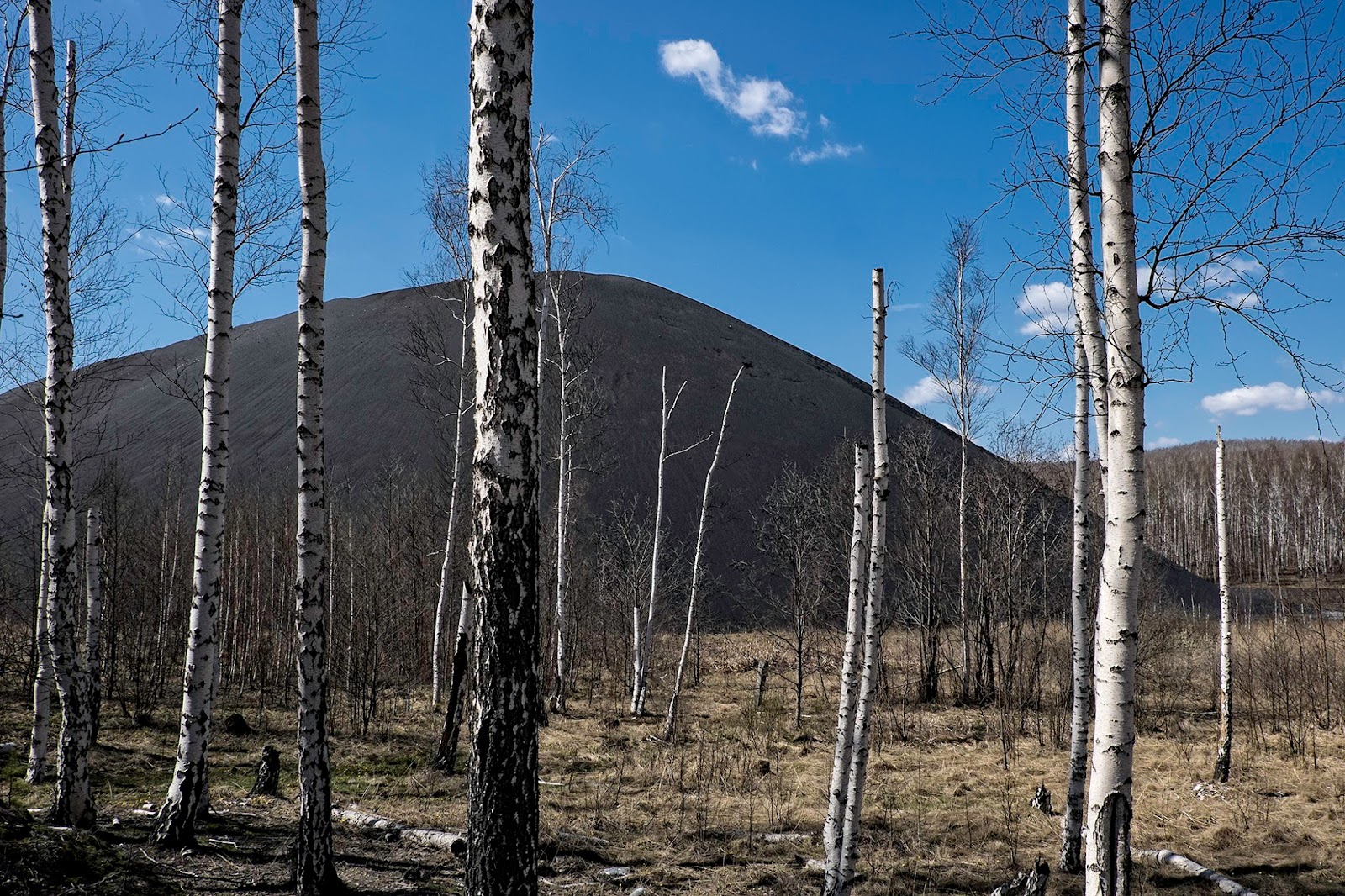 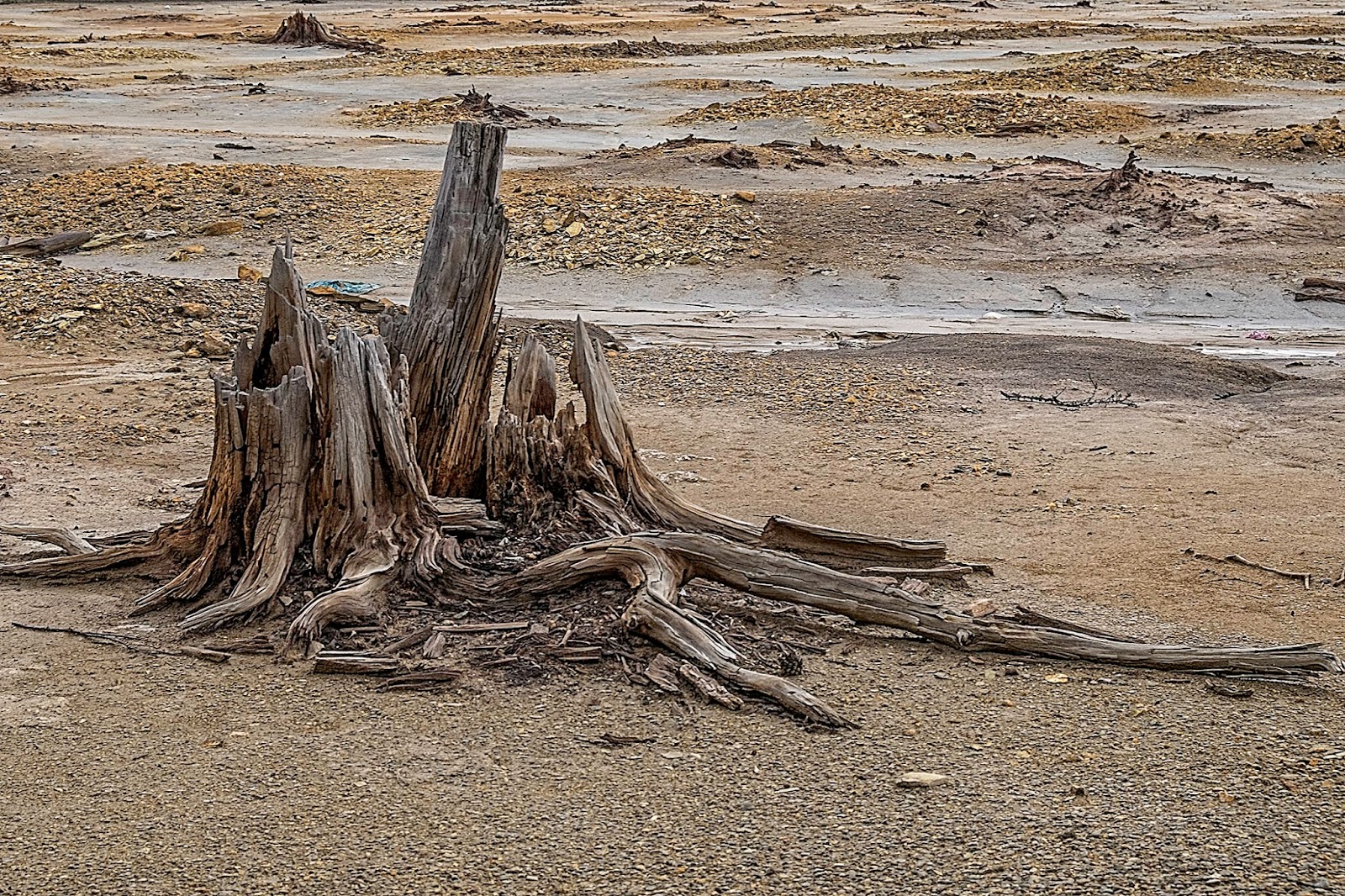 
BORDERLINES [I]
We used the holidays of last week for a "short" trip to the Ural (with a distance of about 1,900 km between Moscow and Yekaterinburg "short" is relative…)…

During our trip we crossed for many times the borderline between Europe and Asia. We visited beautiful places and locations which are more close to a vision of apocalypse. We went to many different towns, one of them more then 4,000 years old, another one founded just 80 years ago. And we got many impressions of this part of Russia, which lays on the borderline between two continents.

Day 1
After a drive of about 1,000 km we arrived in the evening at Kazan. Laying at the confluence of the Volga and Kazanka River, Kazan is the capital and largest city of the Republic of Tatarstan.

Day 2
Driving on in direction Ural we passed through typical forrests, colourful villages and agricultural regions with former kolkhozes. 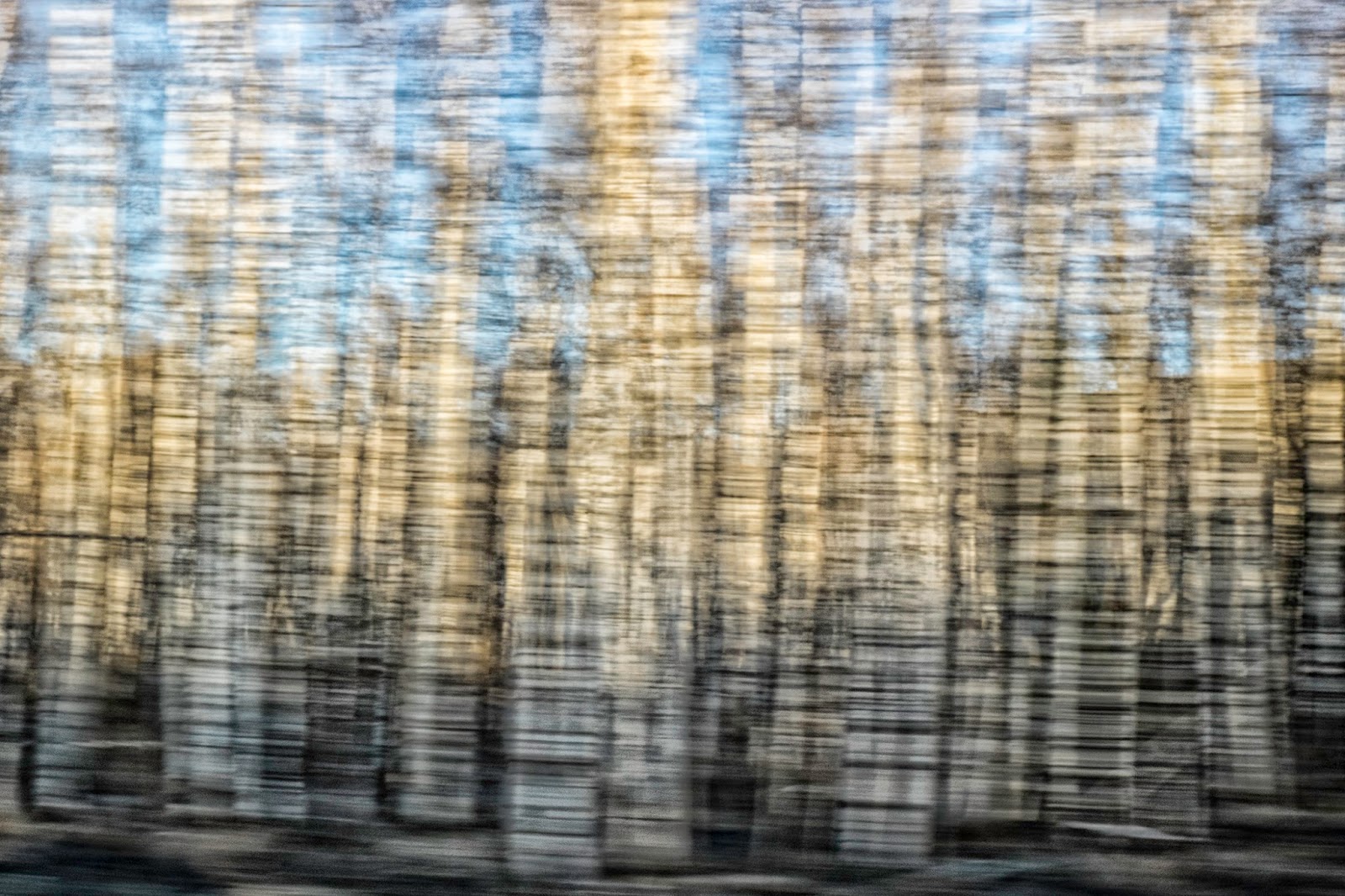 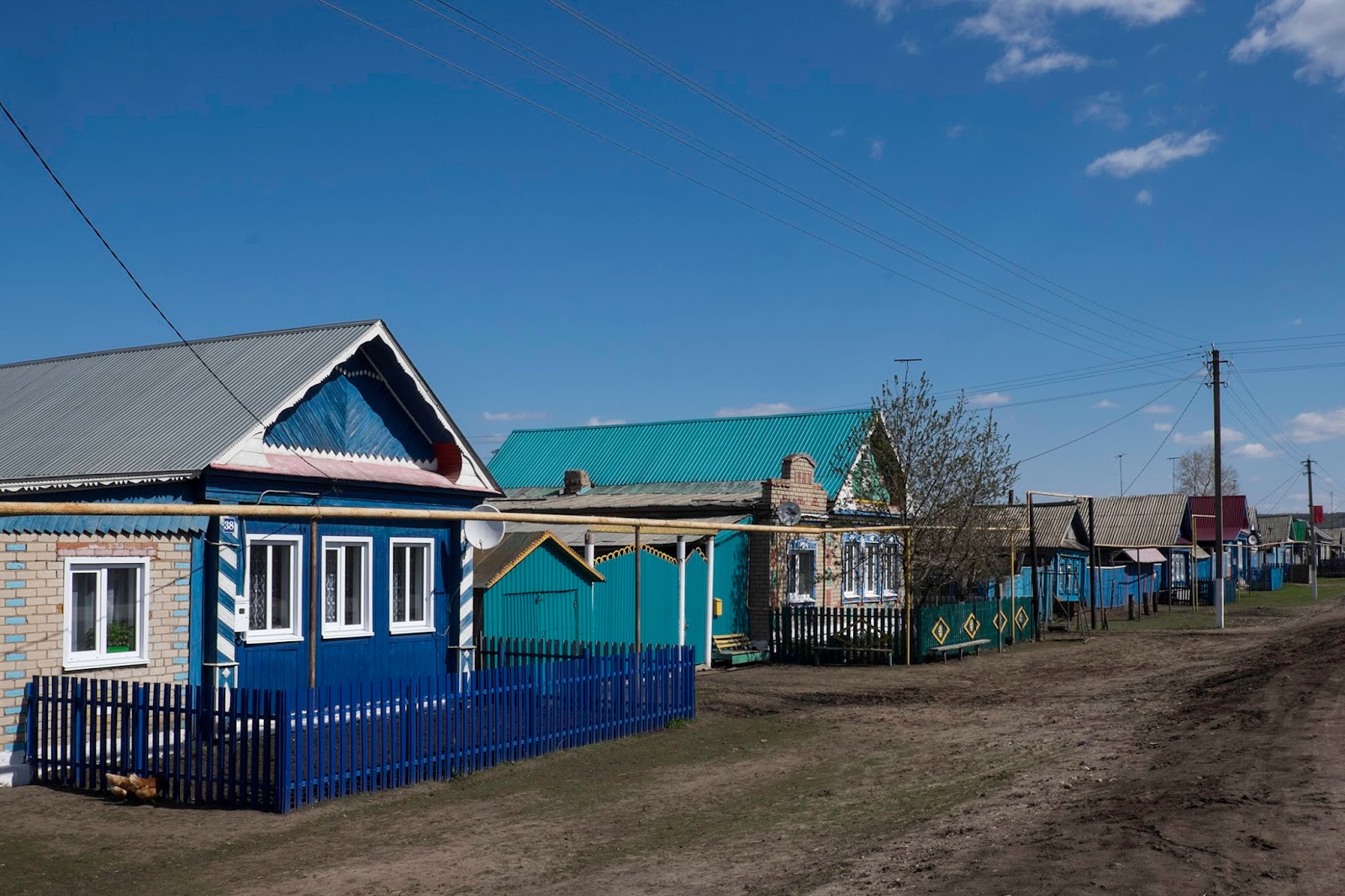 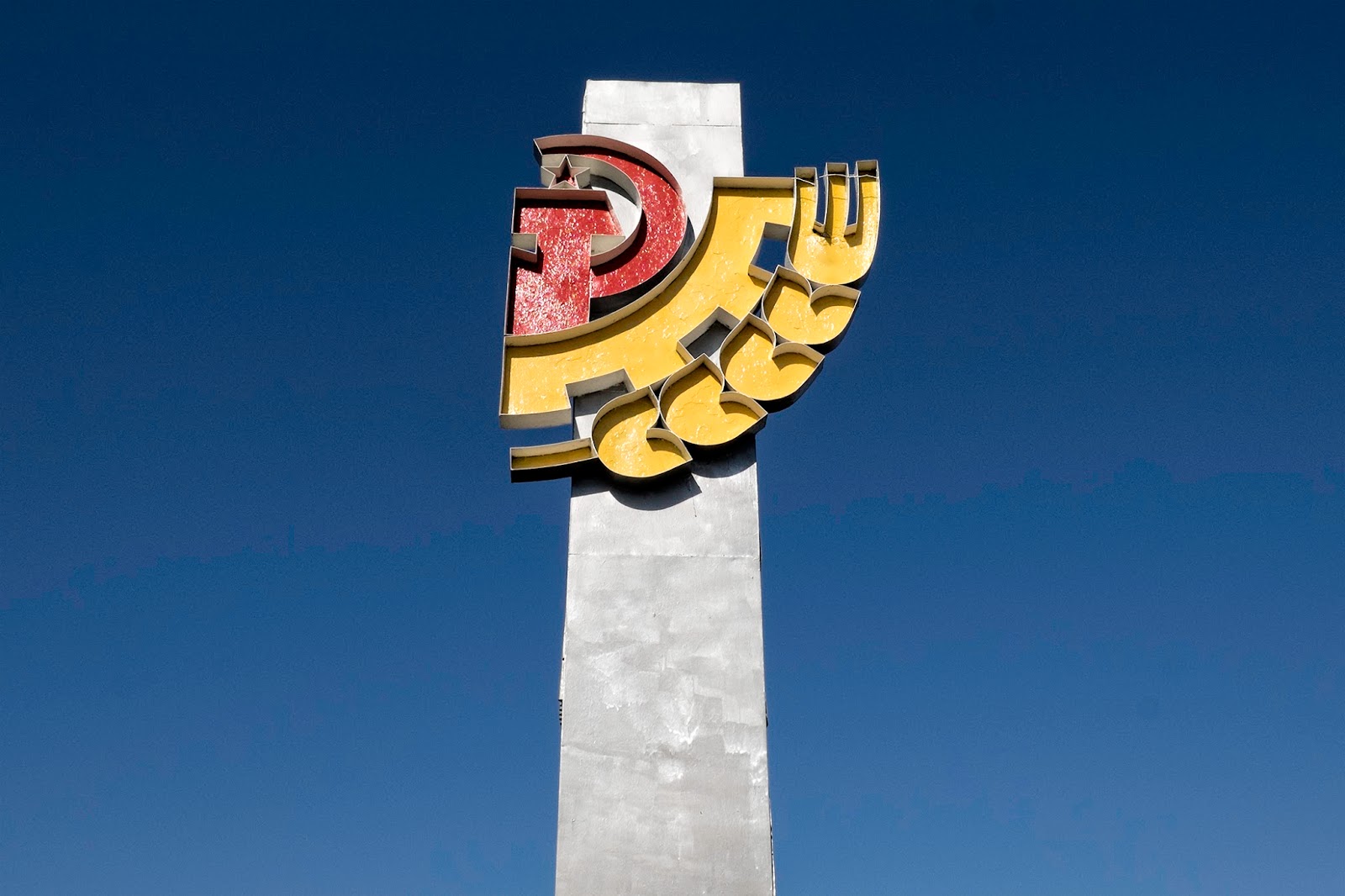 We spent the night in a former Sovjet Sanatorium which is now a hotel but nevertheless has kept a lot of the "charm" of its former function.

Day 3
While around Moscow it is already spring with green trees and flowers everywhere, here in the Ural there was still a lot of ice and snow around. 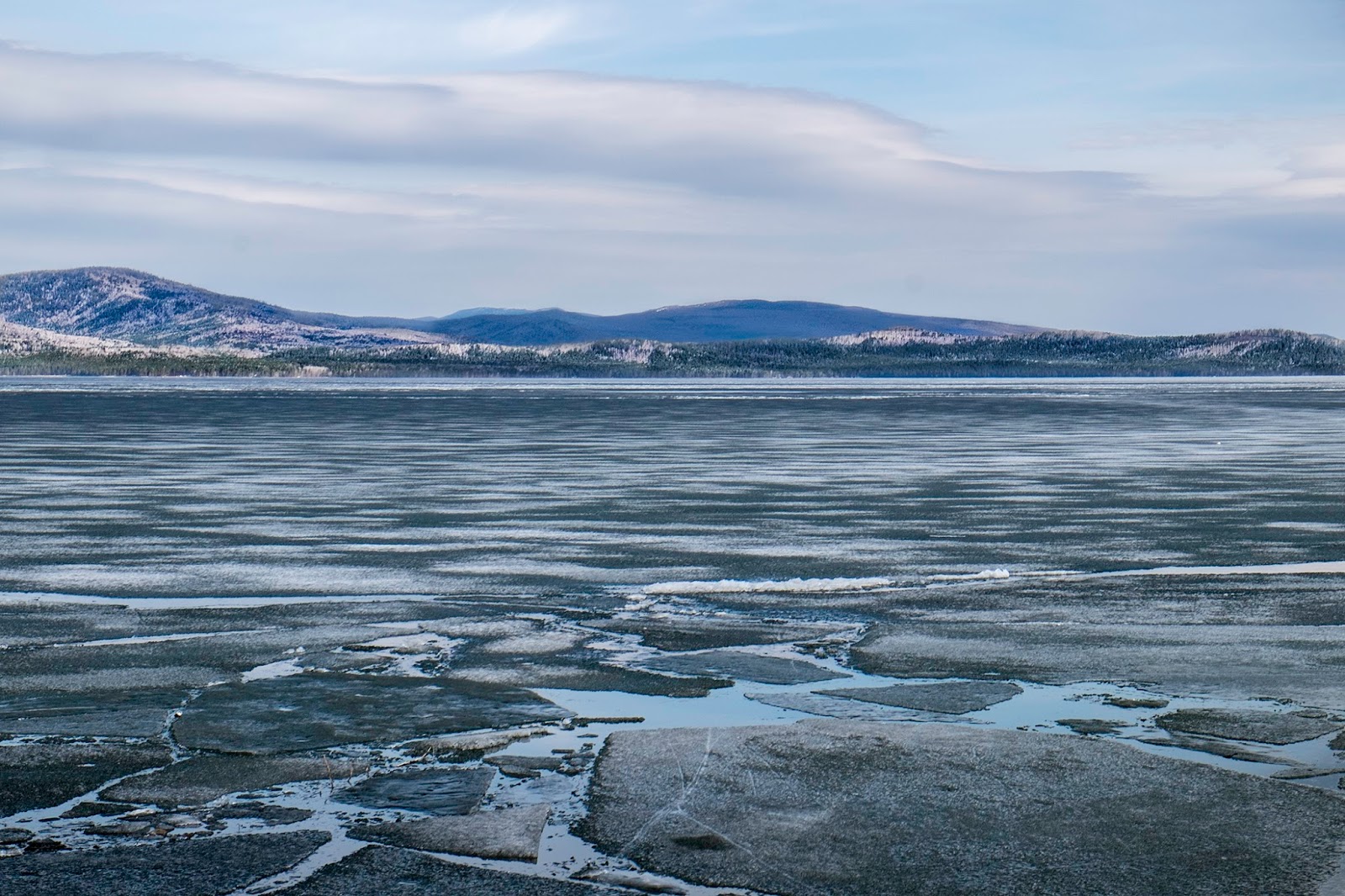 Our target for this day was Karabasch, a mining town in the Chelyabinsk Oblast. Karabsch is concidered to be on of the most polluted regions in the world. A copper smelting plant is situated in the town, and its toxic waste has created extremly large amounts of pollution and serious health problems for the inhabitants. The averager lifespan of a male inhabitant is 42 years... 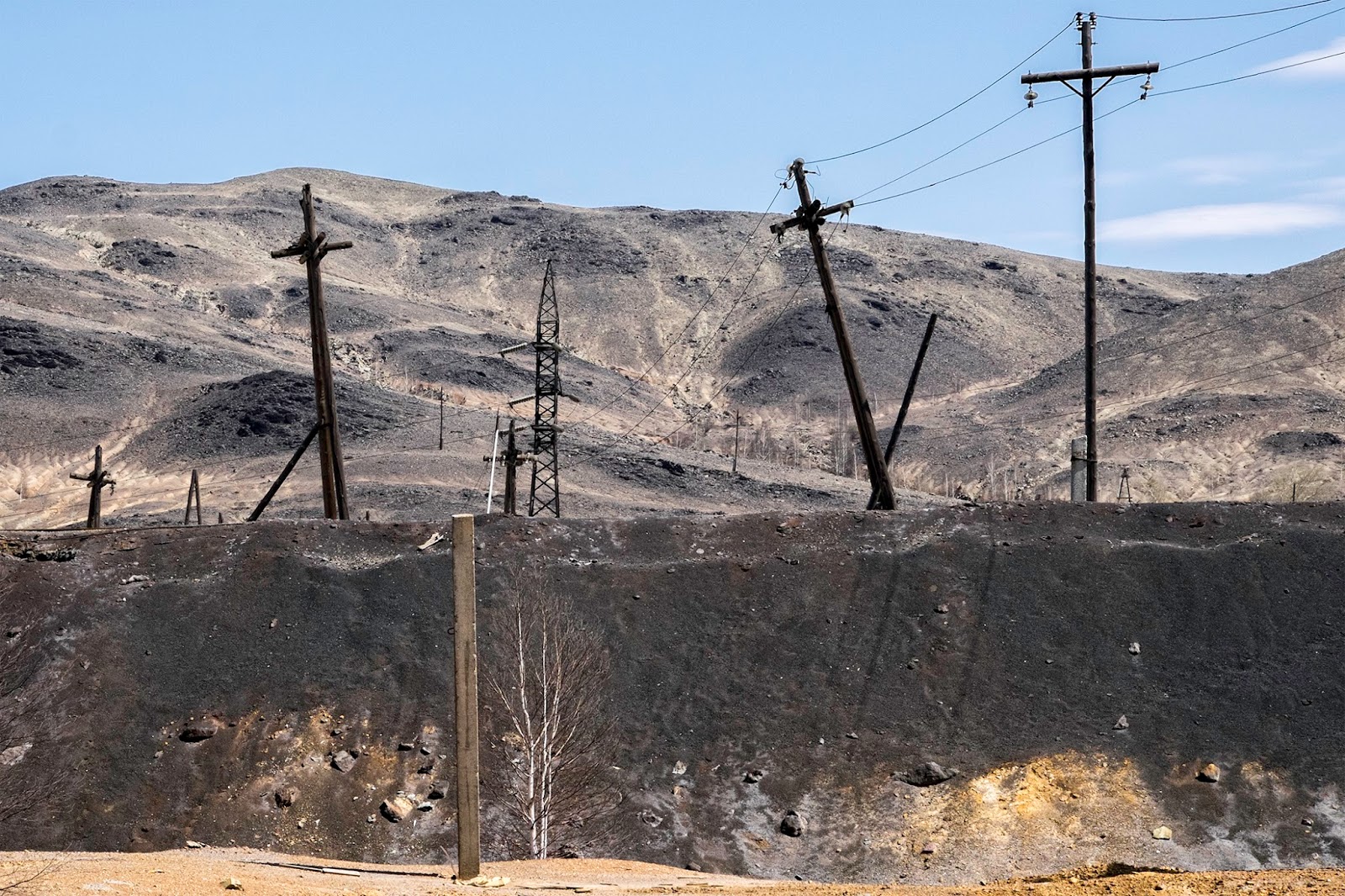 More about Karabasch and the rest of our journey to come soon.

Just playing around with colours... 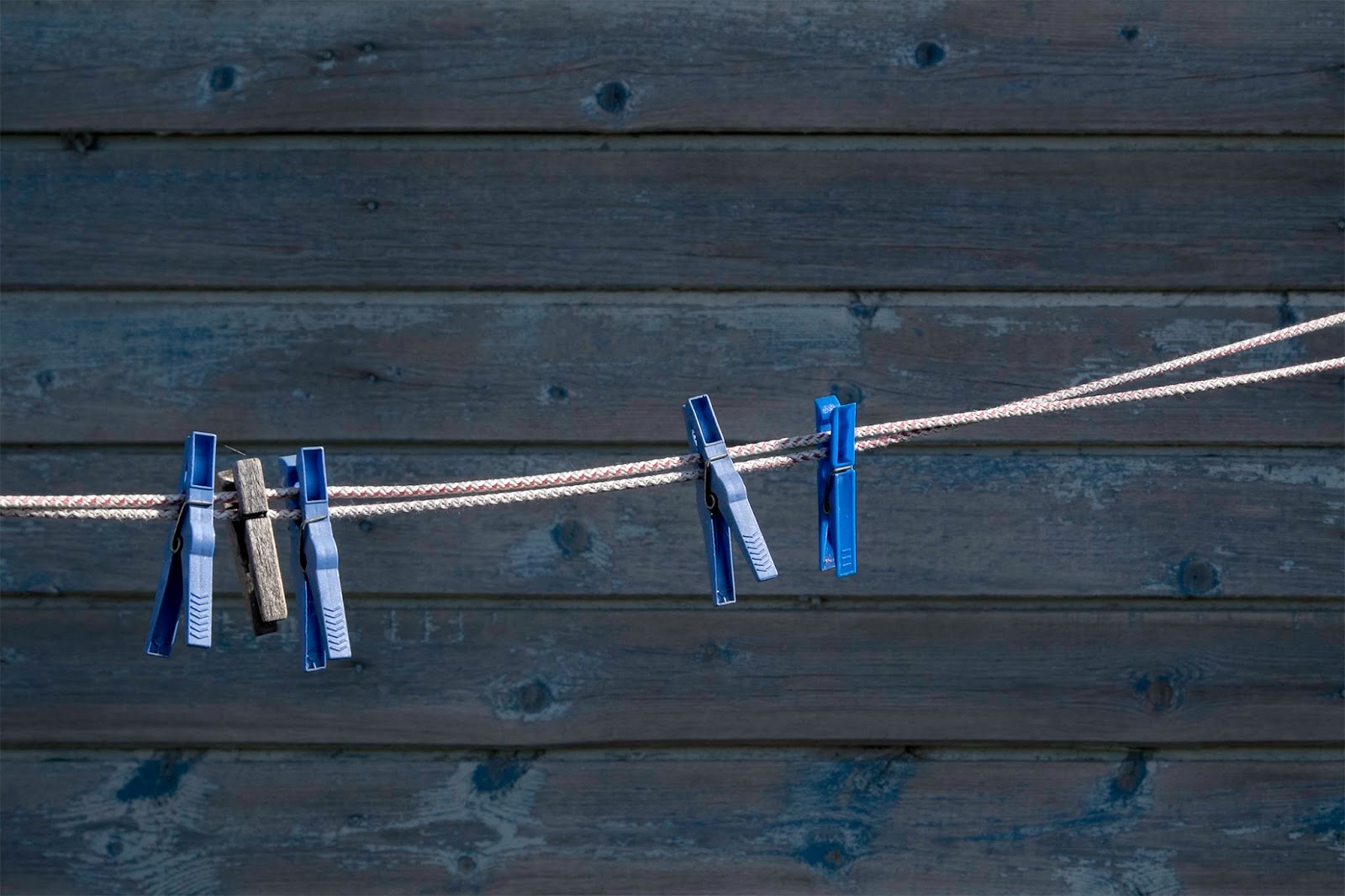 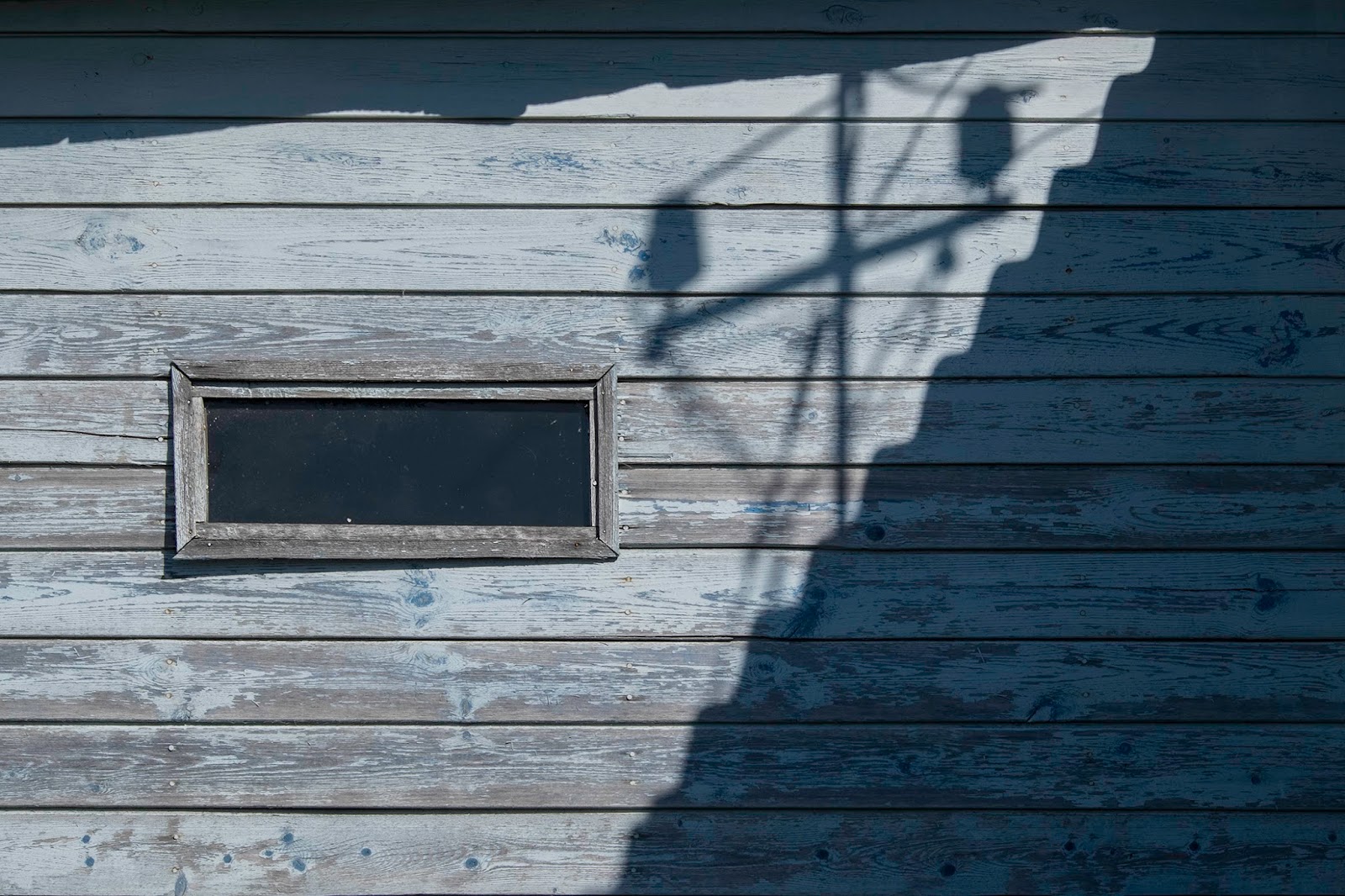 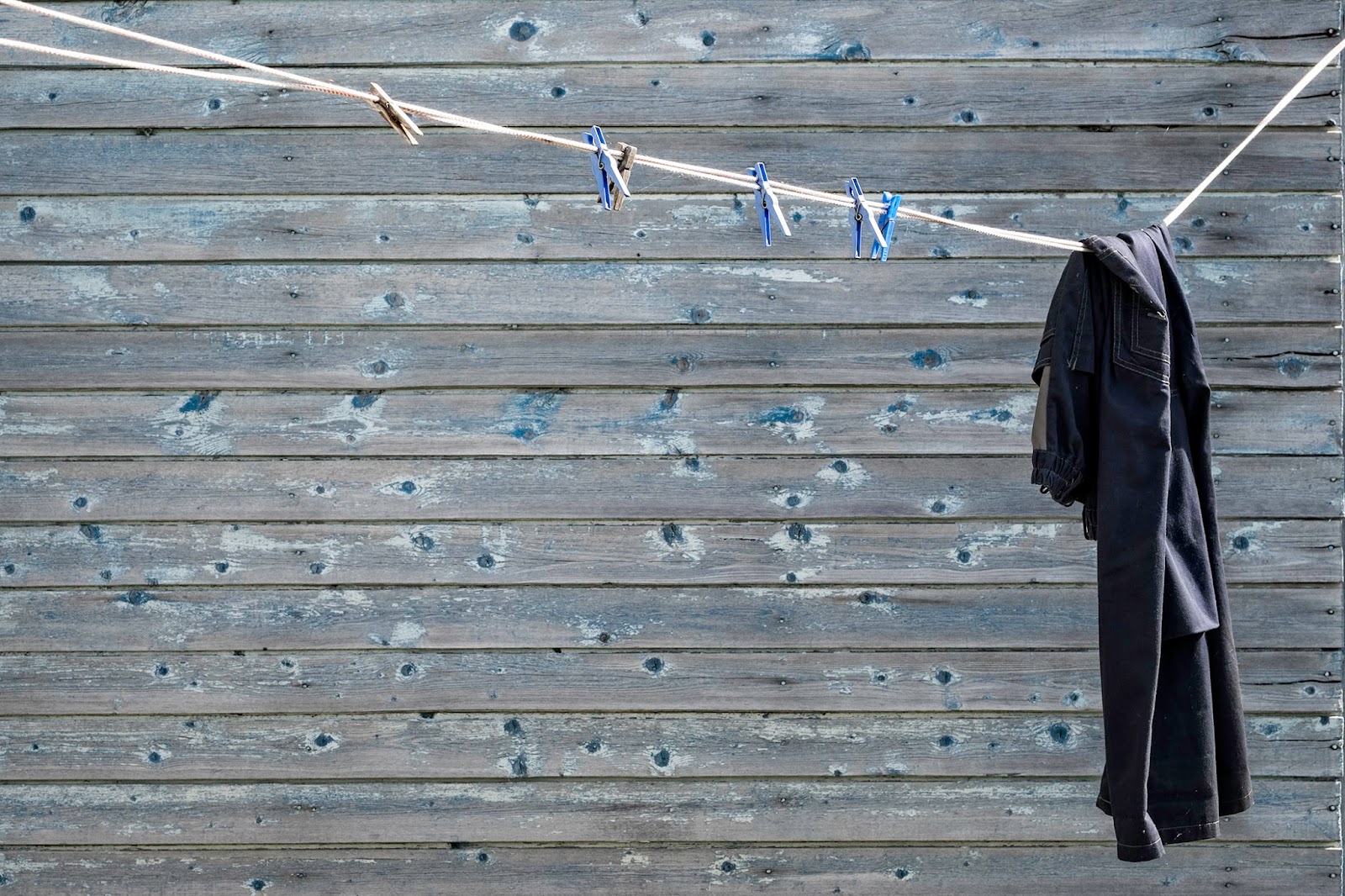 Email ThisBlogThis!Share to TwitterShare to FacebookShare to Pinterest
Labels: Colours

A few days ago Scott Umstattd, the creator of Picture Power, invited me to submit an articel for the "My Most Powerful Picture" rubric of his website.

Her is the result of my attempt… 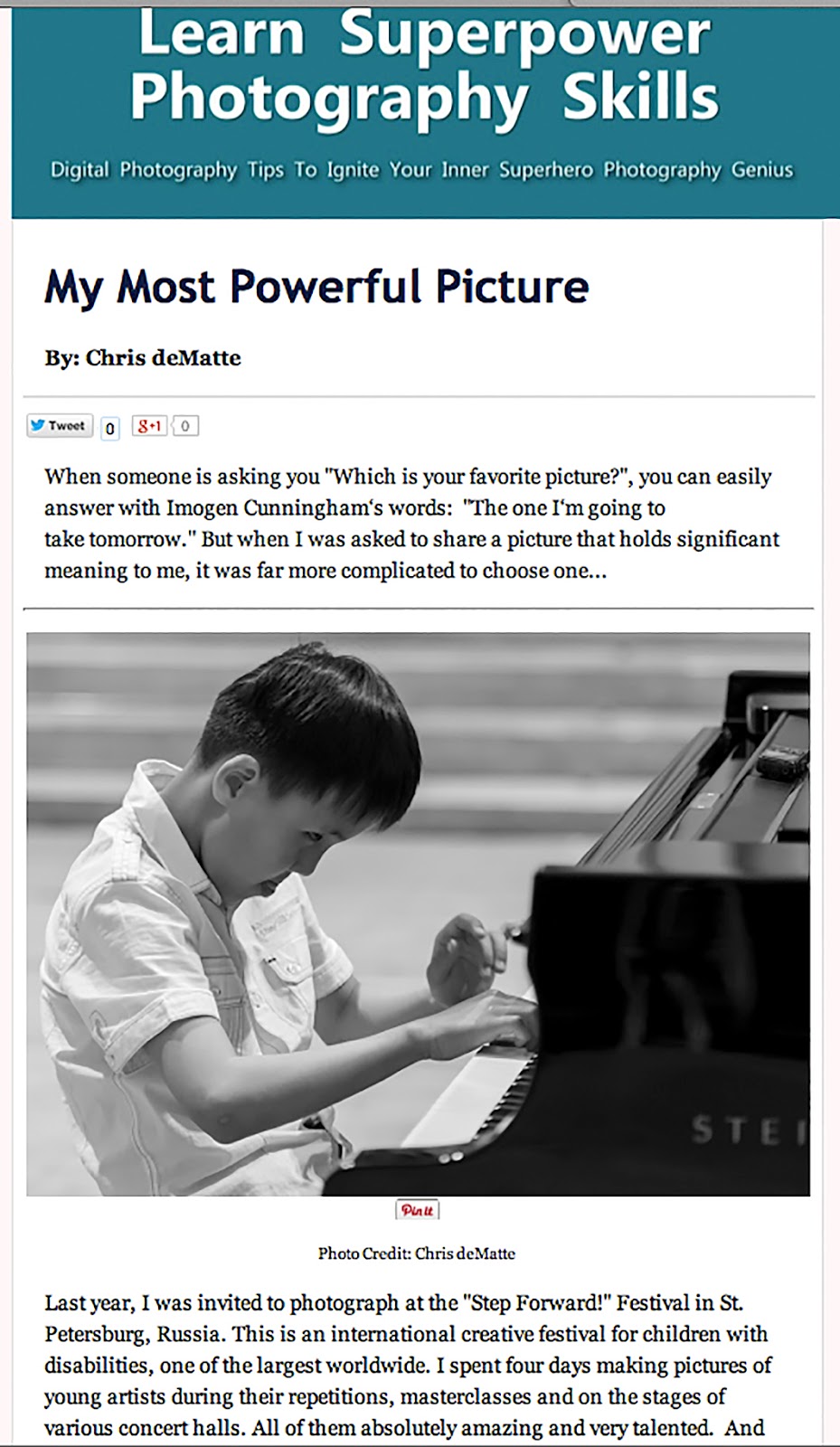 Email ThisBlogThis!Share to TwitterShare to FacebookShare to Pinterest
Labels: Miscellaneous
Newer Posts Older Posts Home
Subscribe to: Posts (Atom)
ABOUT
We & Many
Art, People, Countries, Cultures
This is what this blog is about. Commonalities and differences. Traveling through the world of art to chronicle
our impressions. Presenting our own work.
Enjoy and thank you for staying with us!
THE AUTHORS
Victoria Dematté
And what do we need?
Just light in the window.
And what we dream about?
That the war is over.
And where are we going?
Where the sun shines…
Chris Dematté
Since I got my first camera (a Kodak Instamatic) I am addicted to taking pictures. So it was quite obvious that I became a photographer. Beeing it now for about 30 years I am still with the great photographer Imogen Cunningham: "Which of my photographs is my favorite? The one I'm going to take tomorrow".