THE COLOURS OF DECAY

It was a long bureaucratic procedure, but at the end the Department for Arts & Culture of the Lower Austrian Government acquired six pictures from my "The Colours of Decay" series for its art collection. I did the pictures for this series between 2009 and 2011 at locations in Lower Austria and when i did the printing two weeks ago I realized that some of the object don't exist anymore. They are gone, destroyed, were dismantled or have fallen into complete disrepair. So this pictures are more a less a historical cronicle too...

Email ThisBlogThis!Share to TwitterShare to FacebookShare to Pinterest
Labels: artist, Artists, On Art 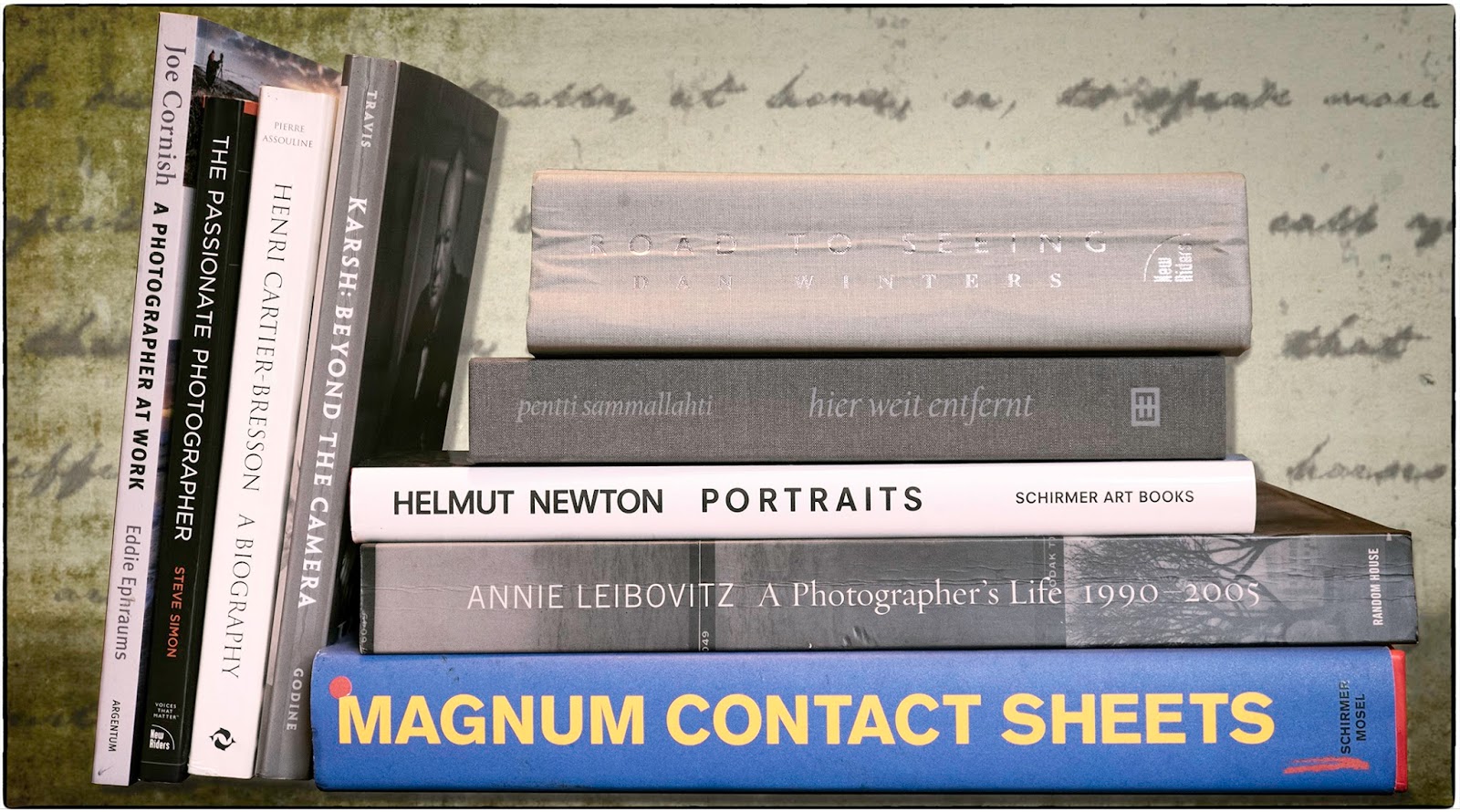 I resettled in June and was using this opportunity to organize my library new. While sorting my books i decided to compile one of this "My favorite …" lists. So here is the Top-Ten-List of books about photography and photographers in no particullary order. It would be exaggerated to say that they had some influence on my work but one can get some usefull tips out of them and a lot of interessting stories. I can highly recommend them. ;-)


Gregory Heisler - 50 Portraits: Stories and Techniques from a Photographer's Photographer 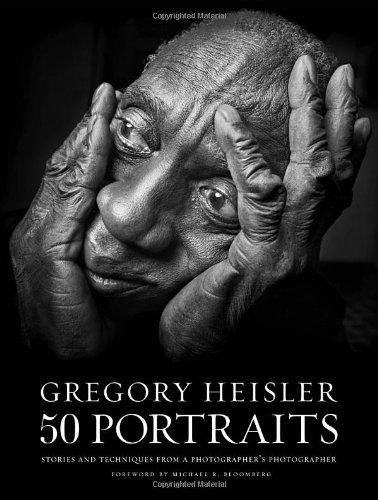 In this first-ever showcase of his work, Gregory Heisler, one of professional photography's most respected practitioners, shares 50 iconic portraits of celebrities, athletes, and world leaders, along with fascinating, thoughtful, often humorous stories about how the images were made. From his famously controversial portrait of President George H.W. Bush (which led to the revocation of Heisler’s White House clearance) to his evocative post-9/11 Time magazine cover of Rudolph Giuliani, to stunning portraits of Julia Roberts, Denzel Washington, Hillary Clinton, Michael Phelps, Muhammad Ali, and many more, Heisler reveals the creative and technical processes that led to each frame. This book offers not only a gorgeous collection of both black-and-white and color portraits, but an engrossing look at the rarely seen art of a master photographer at work. 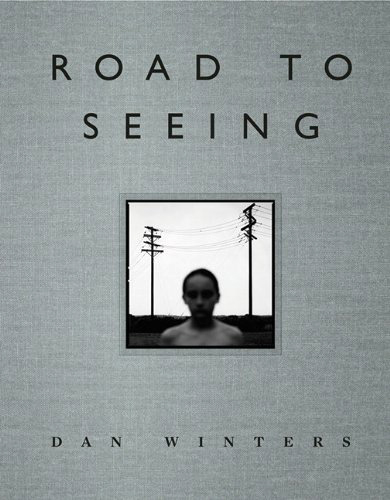 After beginning his career as a photojournalist for a daily newspaper in southern California, Dan Winters moved to New York to begin a celebrated career that has since led to more than one hundred awards, including the Alfred Eisenstaedt Award for Magazine Photography. In Road to Seeing, Dan shares his journey to becoming a photographer, as well as key moments in his career that have influenced and informed the decisions he has made and the path he has taken. By relaying both personal experiences and a kind of philosophy on photography, Road to Seeing tells the reader how one photographer carved a path for himself, and in so doing, helps equip the reader to forge his own. 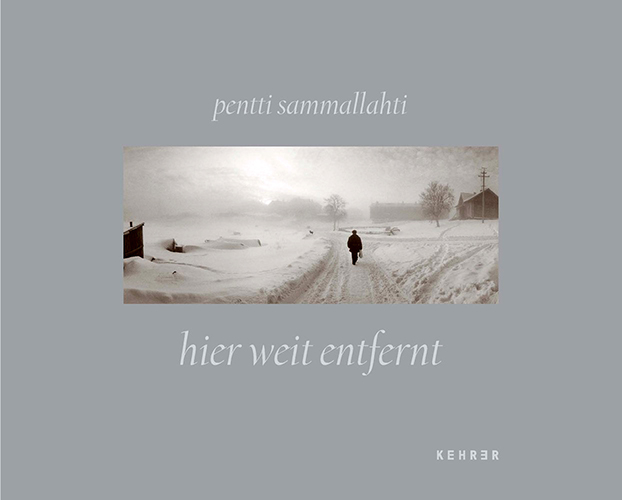 Pentti Sammallahti (born 1950 in Helsinki) started at the age of eleven years to photograph and is exhibiting his work since 1971 faround the world. His travels took him from domestic Scandinavia to the Soviet republics and Siberia, Europe and the UK, Asia and Africa. Numerous, mostly self-published books and portfolios are the result of his travels and his interest in printing and lithographic technique. He describes himself as a wanderer with a love for people and animals in remote regions and their relationship to their environment. His own innovative printing techniques and his reintroduction of the portfolio form have been a major influence on published photographic art. 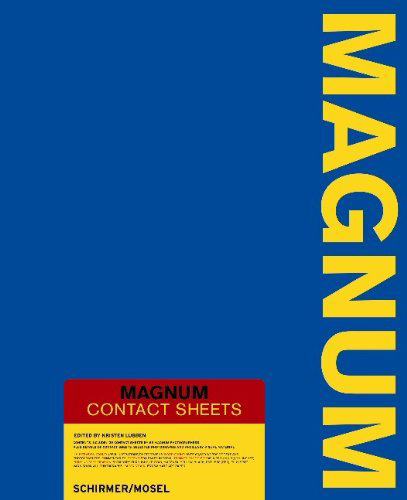 This special and important photography book presents, for the first time, the very best contact sheets created by Magnum photographers. Contact sheets tell the truth behind a photograph. They unveil its process, and provide its back story. This publication provides the reader with a depth of understanding and a critical analysis of the story behind a photograph, the process of editing it, and the places and ways in which the selected photographs were used. For anyone with a deep appreciation of photography and a desire to understand what goes into creating iconic work, "Magnum Contact Sheets" will be regarded as the definitive volume.

Karsh: Beyond the Camera Drawing on interviews with the master photographer himself, this is a fascinating volume repatriates some of Karsh's most iconic portraits with the stories behind them. Karsh spoke of his sitters and his rags-to-riches life, including much that had never before been revealed or recorded. Previously, Karsh had often paired his full-page portraits with stories of his encounters with famous sitters. Karsh's stunning portraits are elucidated and complemented both by his own recollections and by the text of veteran curator David Travis. The result is a fascinating study of Karsh's artistic and stylistic development that offers readers an unparalleled tour through the greatest images of the photographer's life work.

Joe Cornish, A Photographer at Work 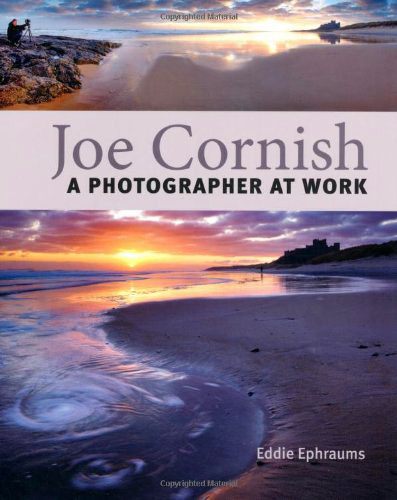 This book explores the working methods and creative philosophy of one of the UK's greatest landscape photographers. Over a three-year period, Joe Cornish and his co-author Eddie Ephraums, have created a unique documentary record of Joe's photography in a variety of locations, from the Scottish Highlands to the north Conwall coast, via Northumberland and Joe's much-loved North Yorkshire. The pictures show us not one, definitive interpretation of each scene but alternative compositions and the development of photographic ideas, giving revealing insights into the photographer's creative process. The book also documents Cornish's gradual transition from a traditional, exclusively film-based way of working to one that now embraces the use of digital compact cameras, digital SLRs and, most recently, a large format digital camera. 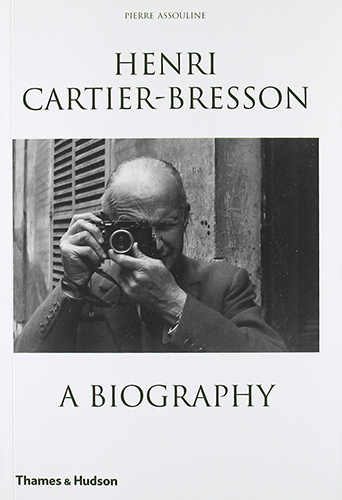 The 20th century was that of the image, and the legendary photographer Henri Cartier-Bresson, born in 1908, was the eye of the century. He focused on the fascination of Africa in the 1920s, the tragic fate of the Spanish Republicans, the Liberation of Paris, the weariness of Gandhi a few hours before his assassination, the victory of the Chinese communists, and much more besides. Cartier-Bresson was always on the spot, the great opportunist, seizing lifes historic events as they happened. An intensely private individual, Cartier-Bresson nonetheless took Pierre Assouline into his confidence over a number of years, discussing such subjects as his youthful devotion to surrealism, his lifelong passion for drawing, his experience of war and the prison camps, his friends and the women in his life. He even opened up his invaluable archives. This sensitive biography is the result of the meeting of two minds, revealed in much the same way and with the same truth as one of Cartier-Bressons outstanding, inimitable photographs. 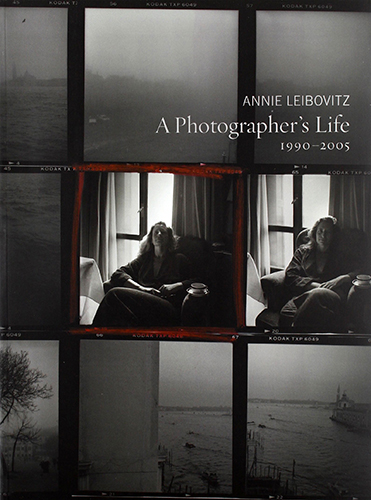 "I don’t have two lives," Annie Leibovitz writes in the Introduction to this collection of her work from 1990 to 2005. “This is one life, and the personal pictures and the assignment work are all part of it.” Portraits of well-known figures–Johnny Cash, Nicole Kidman, Mikhail Baryshnikov, Keith Richards, Michael Jordan, Joan Didion, R2-D2, Patti Smith, Nelson Mandela, Jack Nicholson, and William Burroughs–appear alongside pictures of Leibovitz’s family and friends, reportage from the siege of Sarajevo in the early Nineties, and landscapes. The pictures form a narrative of a life rich in contrasts and continuities. The photographer has a long relationship that ends with illness and death. She chronicles the celebrations and heartbreaks of her large and robust family. She has children of her own. All the while, she is working, and the public work resonates with the themes of the life. 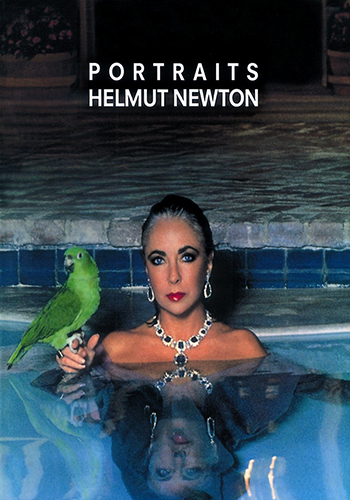 He was a "prolific, widely imitated fashion photographer whose provocative, erotically charged black-and-white photos were a mainstay of Vogue and other publications." We all know his infamous style of the pages of the most prestigious fashion magazines in the world. Ultimately, Newton did nothing less than the face of fashion photography forever to change and he left a lasting legacy that is still copied. But his work is a lot more besids. His brilliant staged creations celebrate the attractiveness and prominence of his models as well as their vanity and imperfections. 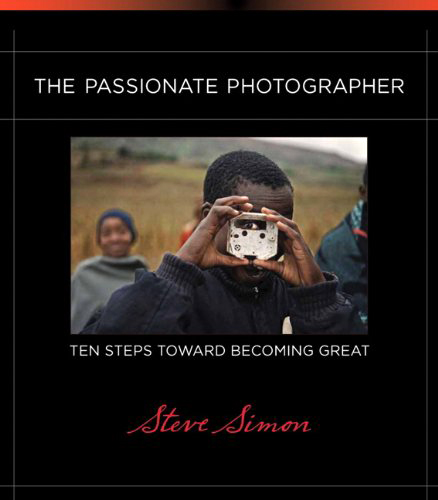 If you've got a love and passion for photography, and a feel for your camera gear and settings, yet your images still fall short - The Passionate Photographer will help you close that disappointing and frustrating gap between the images you thought you took and the images you actually got. This book will help you determine what you want to say with your photography, then translate those thoughts and feelings into strong images. It is both a source of inspiration and a practical guide. Simon's practical tips and advice are immediately actionable-designed to accelerate your progress toward becoming the photographer you know you can be. Along the way, Simon offers inspiration with "Lessons Learned" culled from his own extensive experience and archive of photojournalism and personal projects, as well as images and stories from acclaimed photographers.

ALL LIFE IS AN EXPERIMENT 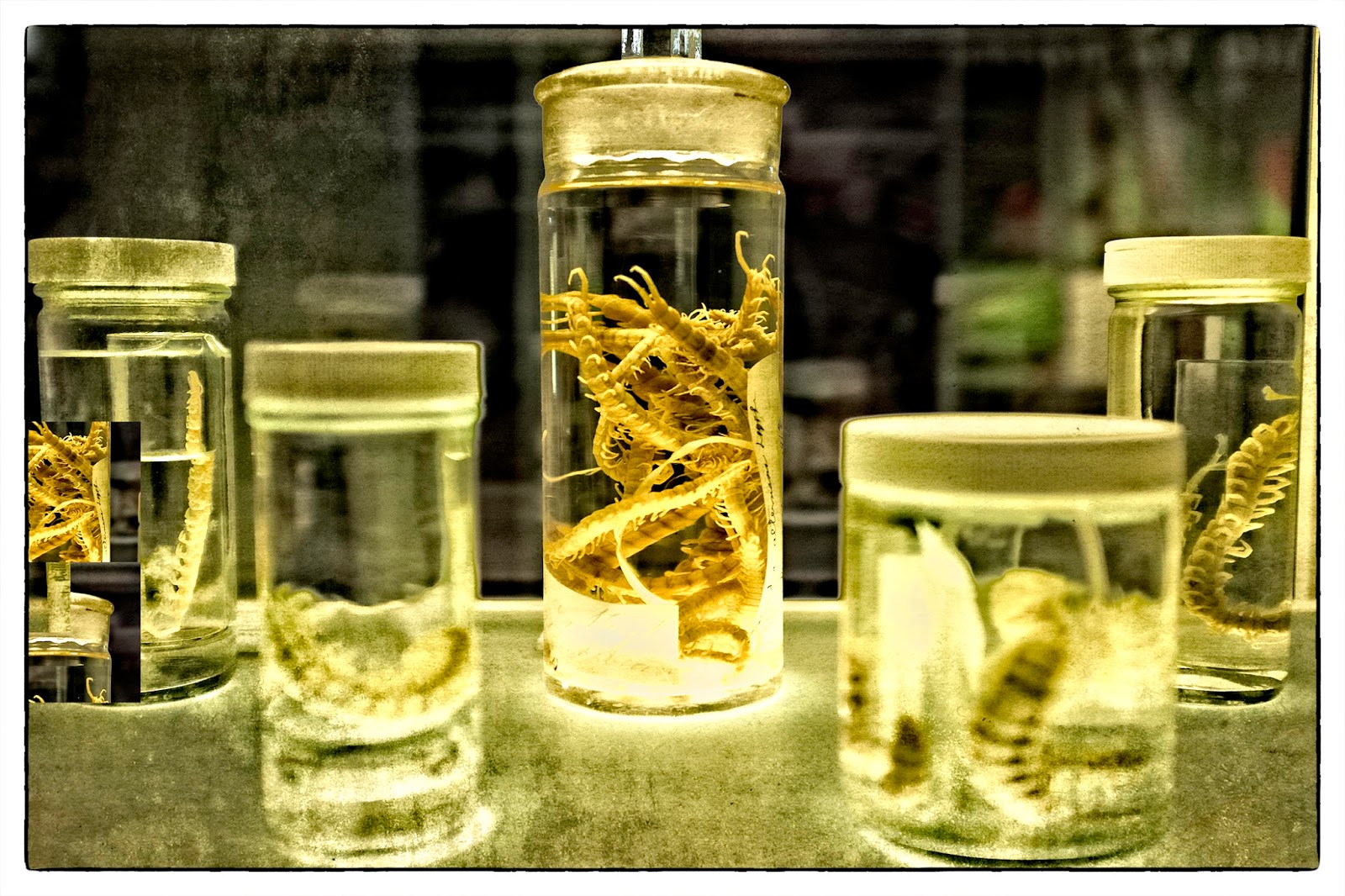 All life is an experiment. The more experiments you make the better.
[Ralph Waldo Emerson]


For the last thirty years I have worked in many different areas of the media-, advertising-, cultural- and public relations industry. I acted as a photographer and picture editor, as graphic- and web- designer, have worked in departments for public relations and directed the advertising department of a large supermarket chain. From the organisation of press conferences to the point of cration of annual reports, an employee newsletter, CI/CD creation, product photography ... there is (almost) nothing I have not done. And these many years of experience I now would like to place at the disposal in my new company...

Visual Communication is communication through visual aid and is described as the conveyance of ideas and information in forms that can be read or looked upon. Visual communication in part or whole relies on vision, and is primarily presented or expressed with two dimensional images, it includes: signs, typography, drawing, graphic design, illustration, photography. It also explores the idea that a visual message accompanying text has a greater power to inform, educate, or persuade a person or audience. [http://en.wikipedia.org/wiki/Visual_communication]

We offer a complete package so to speak: graphic- and webdesign, corporate photography, book and magazine design, prepress ... comprehensive services from one source. With two main pillars focusing on two markets: Austria and Russia.

Email ThisBlogThis!Share to TwitterShare to FacebookShare to Pinterest
Labels: vc, visual communication
Newer Posts Older Posts Home
Subscribe to: Posts (Atom)
ABOUT
We & Many
Art, People, Countries, Cultures
This is what this blog is about. Commonalities and differences. Traveling through the world of art to chronicle
our impressions. Presenting our own work.
Enjoy and thank you for staying with us!
THE AUTHORS
Victoria Dematté
And what do we need?
Just light in the window.
And what we dream about?
That the war is over.
And where are we going?
Where the sun shines…
Chris Dematté
Since I got my first camera (a Kodak Instamatic) I am addicted to taking pictures. So it was quite obvious that I became a photographer. Beeing it now for about 30 years I am still with the great photographer Imogen Cunningham: "Which of my photographs is my favorite? The one I'm going to take tomorrow".