In 1958 Franz Gsellmann, a farmer from a small settlement in Styria (Austria), read in a local newspaper about the opening of the "Atomium" at the World Expo in Brussels. He travelled to Brussels (just an enterprise at this time and having not a lot of money). Many years after this journey he said: "As I saw the Atomium, I saw in a dream my finished machine. The Atomium was the foundation of my world machine." From then on he worked twenty-three years until shortly before his death in 1981 on the machine. Almost daily he retired in a closed and shrouded barn to work on the machine, which he presented to family members only after eight years of construction for the first time. The parts of his machine he found mostly on second-hand markets or junkyards. He was often seen by his neighbors as he brought home new finds with the wheelbarrow or oxcart. The machine is about four meters long, two meters wide and four meters high. About 2000 various components are installed into a trembling, vibrating, rotating, rumbling, glowing and flashing device that is operated by 25 electric motors. The machine consists besides coils, tubes and wires from such different parts as an eagle made of porcelain, an organ blower, an infrared lamp, three blue lights, 64 bird whistles, 200 bulbs, 14 bells, a compressed air cylinder as a drive for the wind-driven parts, a toy rocket (that Gsellmann ordered in Japan), and much more.

That are the facts.

But the idea behind this machine, the dream that Gsellmann had, was never revealed. Nobody today knows if it has any meaning at all, any function. But this doesn't matter. What matters is that he followed his imagination, his dream... 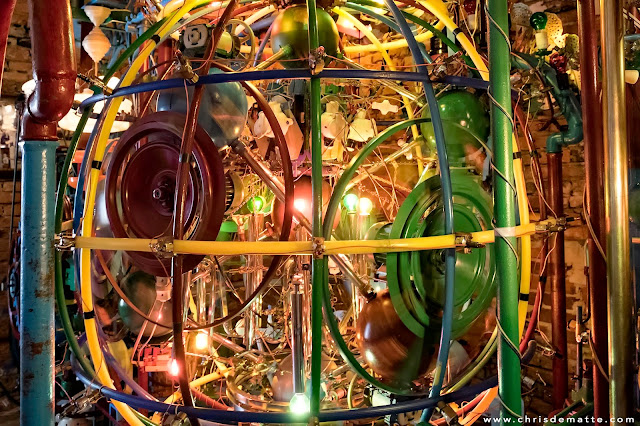 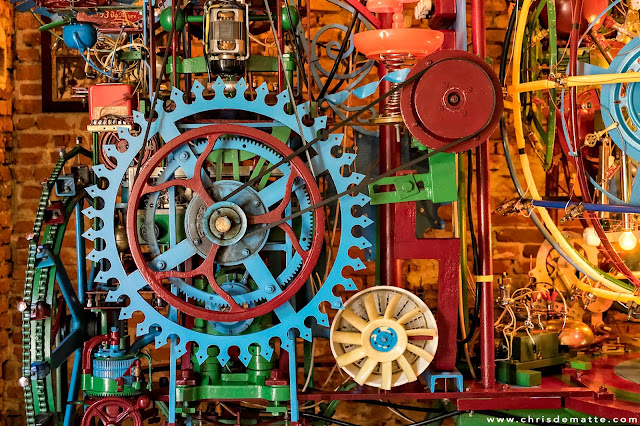 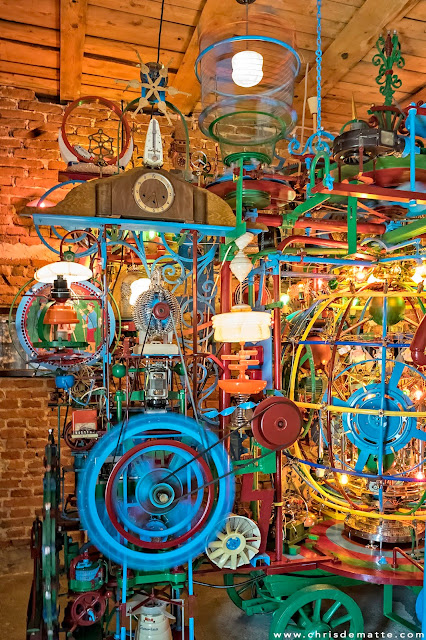 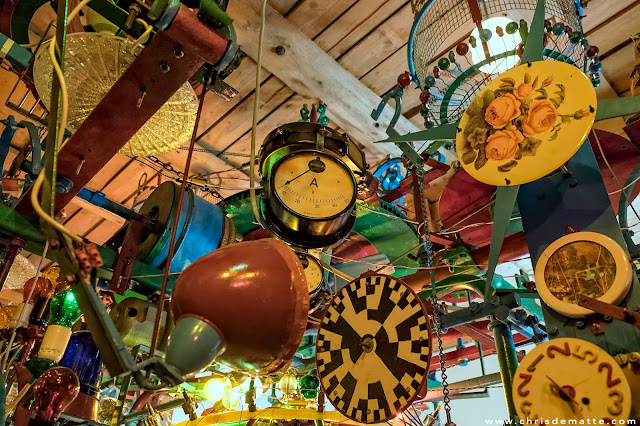 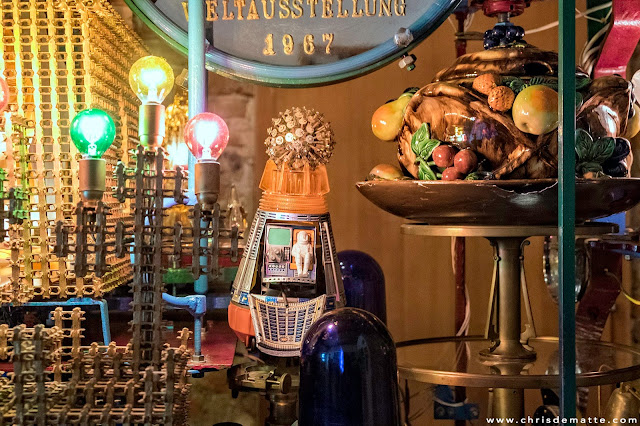 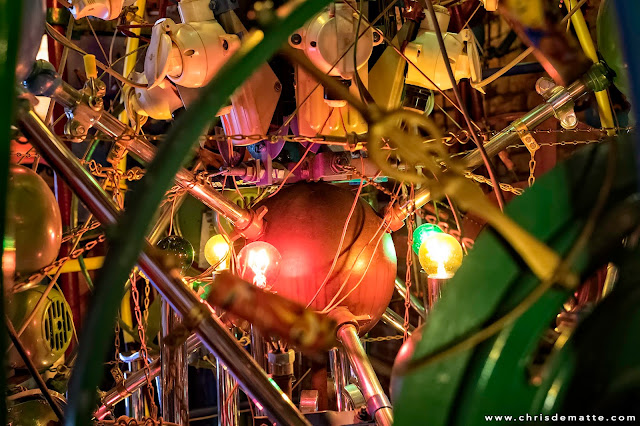